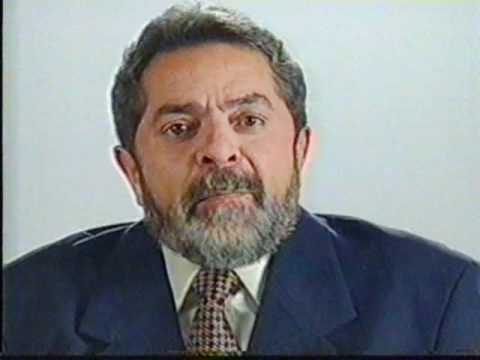 Brad Smith celebrates with Divick Origi after setting up the goal to complete the striker’s hat-trick against Southampton in The League Cup.

The Reds played out a stalemate at the Stade Tourbillon, which sees them progress to the knockout phase after topping Group B with an unbeaten record.

In a match of few chances the left-back shone in a near full-strength Liverpool line-up, with Smith lining up alongside Dejan Lovren, Kolo Toure and Nathaniel Clyne in defence.

There was also a first start for skipper Jordan Henderson under new manager Jurgen Klopp as he continues to recover from an ankle injury, while superstar Philippe Coutinho also made a return from a hamstring strain off the bench.

Smith’s performance down the left flank was one of the few bright spots for Liverpool in an otherwise lacklustre contest, however the defender was lucky to escape a sanction in the first-half when he clattered into Sion midfielder Carlitos.

The result caps a meteoric month for the 21-year-old, who was without a club a month ago before re-signing with the Reds after catching the eye of Klopp.

Smith came off the bench in Liverpool’s recent 6-1 drubbing of Southampton in the League Cup, laying on the final goal with a pinpoint cross to striker Divock Origi.

The 4-capped Socceroo had previously made his only appearance in a Reds shirt in the Premier League back in 2013, coming off the bench in the 2-1 reverse to Chelsea at Stamford Bridge.

The final scoreline in Switzerland on Friday morning also saw Sion progress from the group, with the draw for the Round of 32 set to take place in their homeland town of Nyon on Monday, 12 December.

With a third of the regular season already played, the race for this year’s Hyundai A-League Golden Boot is one of the most hotly contested we’ve ever seen.

His cross-town rival Besart Berisha at Victory is one back from two less appearances.

It’s no surprise to see City with three players inside the top ten as they lead the competition for goals scored by a whopping nine.

Last season Marc Janko took home the title with 16 goals for the Sky Blues, while Socceroo Adam Taggart scored the same number the year prior in his breakout season.

With the league averaging 2.77 goals a game this season – and our stars producing some absolute screamers, it remains to be seen just what the magical number will be for the 2015/16 campaign.

Here’s a closer look at the leaders.

Bruno Fornaroli (Melbourne City, 7 goals) – There were positive signs all the way back in pre-season that City had landed a gem in their Uruguayan marquee. While many overseas stars have taken time to adjust to the A-League Fornaroli has been a consistent contributor on the scoresheet, none better than the sublime team goal he finished last round.

Besart Berisha (Melbourne Victory, 6 goals) – Bes has consistently been near the top of the charts throughout his A-League career, however having come runner-up in the last two seasons he’ll no doubt be keen to re-claim the mantle he won in 2011/12 at Brisbane. The Victory striker has been rested from one match and still has a game in hand on his rivals.

Jamie Maclaren (Brisbane Roar, 5 goals) – The Olyroo striker was the early pacesetter this season, having no trouble slotting into Brisbane’s frontline when he bagged a brace in the season opener. Maclaren also has eight goals in 11 appearances for Australia’s U-23 side and will be a pivotal player in their quest to qualify for next year’s Olympic Games in Rio.

Mitch Nichols (Western Sydney Wanderers, 5 goals) – The midfielder is in a purple patch at the moment having netted three in four games. His goal of the season contender against his former club on the weekend ensured the Wanderers stretched their winning streak to six matches. Nichols’ form has many pundits spruiking a Socceroos recall.

Roy Krishna (Wellington Phoenix) – The Fijian flyer is undoubtedly having his best season in ‘Nix colours typified by his goal from an impossible angle and barnstorming assist against Victory last weekend.

Milos Trifunovic (Newcastle Jets) – Coach Scott Miller said he wanted a goal every other game from his Serbian striker and that’s precisely what he’s getting at the moment.

Brandon Borrello (Brisbane Roar) – Two braces at Suncorp to start the season saw the 20-year-old named the October nominee for the NAB Young Player of the Year award.

Harry Novillo (Melbourne City) – The Frenchman is quickly racing up the leader board with four goals in three games having missed the start of the season through injury.

Aaron Mooy (Melbourne City) – Arguably the form player of the competition, we’re running out of superlatives to describe Mooy’s influence. The Socceroo also has a league high six assists.