A documentary aired on Dec. 3, 2015, by the North’s Korean Central Broadcast TV shows Kim Rak-gyom (circled), commander of strategic forces, bearing a shoulder insignia with four stars, indicating he has been promoted to general. The strategic forces, upgraded at the end of 2013 from the strategic rocket forces, commands and controls missile units. Kim was promoted to colonel general, equivalent to lieutenant general, in February last year, and his fast rise suggests he was rewarded for his achievements in rocket development. (Yonhap) (END)

BEIJING, Dec. 3 (Yonhap) — China’s “normal and stable” relations with North Korea will be conducive to a resolution to the nuclear issue and regional peace, a senior Chinese official said.

Hua Chunying, spokeswoman for the Chinese foreign ministry, admitted that the bilateral relationship was frosty until recently due to a dispute over Pyongyang’s continued nuclear development but that it is warming up again.

With regard to the matter, she said, China has three unswerving principles–realizing the denuclearization of the Korean Peninsula, maintaining peace and stability on the peninsula and resolving it peacefully through dialogue.

North Korea is “displeased” with China’s constant call for denuclearization, Hua said in a roundtable meeting with a group of South Korean reporters earlier this week.

In a clear sign that the two sides are mending fences after a few years of a strain, they exchanged high-level visits in September and October.

“Improved relations between China and North Korea are helpful to resolving the nuclear issue and resuming the six-party talks,” Hua said through a translator. “So, China will continue efforts for the normal and stable development of relations with North Korea.”

She stressed that Beijing will seek “friendly cooperative ties” with South and North Korea alike.

Hua added China is well aware of growing skepticism over the six-way talks aimed at ending the North’s nuclear program. The negotiations, hosted by China, have not been stalled since December 2008. The other participants are the United States, Japan and Russia.

Nonetheless, the six-way talks are still the “best and most effective platform” to handle all relevant issues and recover trust, she said.

China wants both the U.S. and North Korea to lower their guards, she said, citing Pyongyang’s nuclear test in 2013 and Washington’s regular joint military drills with Seoul.

“There is mutual distrust. In order to restart dialogue, parties concerned should make joint efforts,” she said, asking South Korea to play a more active role as well.

Hua held out expectations over the upcoming vice ministerial meeting between the two Koreas, which comes weeks after a rare event to have families separated by the 1950-53 Korean War briefly reunited.

“Such positive exchanges will be able to not only promote mutual trust and help improve bilateral relations but also contribute to creating conditions for the resumption of the six-way talks,” she said.

As to the agony of North Korean defectors, she made it clear that the Chinese government regards them as “economic migrants” illegally entering its territory.

China deals with them in accordance with its domestic law, related international law and humanitarian principles, she said.

Hua also expressed hope that Seoul and Beijing will speed up talks on the demarcation of their maritime boundaries.

The two sides have long struggled to resolve the issue of the submerged, Seoul-controlled Ieodo, a submerged reef that lies within the overlapping exclusive economic zones (EEZs) of South Korea and China.

Seoul and Beijing plan to hold a new round of negotiations on their EEZs in mid-December.

Since Ieodo is not a “territory,” there is no territorial row between the two nations, Hua pointed out.

Once Beijing and Seoul resolve the matter in a “positive and constructive” way, it would be very helpful to the development of bilateral ties down the road, she emphasized.

A caixa cênica de A Regra do Jogo 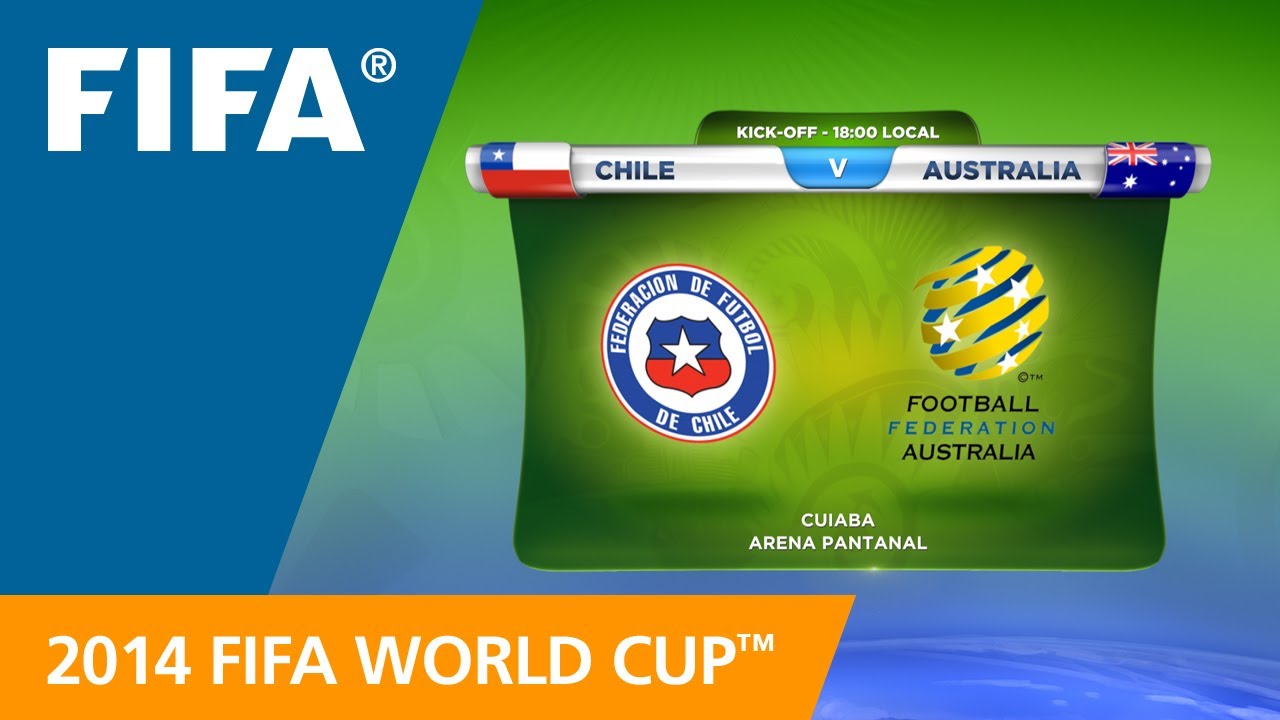 ZURICH (AP) — The FIFA executive committee has deferred a decision on expanding the World Cup to 40 teams starting at the 2026 tournament.

The German soccer federation says the FIFA administration will have further talks about the plan, which is supported by Asia and Africa.

The idea to add eight teams was part of FIFA reform proposals being considered Thursday. The executive committee had the power to make it FIFA policy without approval of the 209 member federations.

The 2026 bidding should start next year with the United States, Canada and Mexico the expected candidates.

The 40-team World Cup was first suggested by UEFA President Michel Platini in 2013. It is an election pledge by FIFA presidential candidate Gianni Infantino, the UEFA general secretary.

The culture ministers from South Korea, China and Japan will hold three-way talks later this month aimed at promoting cultural exchanges among the three nations, a diplomatic source said Saturday.

The two-day talks, set to start on Dec. 19 in China’s northern port city of Qingdao, come as Seoul, Beijing and Tokyo revived a trilateral summit earlier last month after a three-year hiatus over history and territorial issues.

Among the agenda of the Qingdao talks are a plan to name “culture cities” in Northeast Asia and a proposal to set up a trilateral channel to boost cultural cooperation, the source said.

The culture ministers will also discuss a plan to hold a trilateral cultural event outside their countries, the source said on the condition of anonymity.

President Park Geun-hye, Chinese Premier Li Keqiang and Japanese Prime Minister Shinzo Abe held a trilateral summit in Seoul on Nov. 1, resuming three-way cooperation talks that had been suspended since 2012 due to historical and territorial tensions.

They agreed to increase cooperation, especially on efforts to resolve the North Korean nuclear issue. (Yonhap)

BREAKING into the property market can be daunting, but Tasmanians are finding a new way to ease their house-buying anxiety.

Twins Alice and Elke Parker, 27, joined forces on a mortgage to buy their first home in Blackmans Bay.

Elke said it was the best way to get their foot in the door of the housing market, that they could afford what they wanted a little easier this way, plus they liked the idea of living together.

“We hadn’t planned on buying a house. However, we were heading overseas and thought maybe we should look into buying a house so that we would be paying our own mortgage off — instead of renting — and it all started from there,” Elke said.

“Maybe one month later we had signed a contract.”

The number of joint mortgages in Tasmania has increased by 10 per cent during the past seven years, according to the ING Direct Spring Buyers Guide.

While this type of approach is gaining momentum in Tasmania, the twins said they were the first from their family and friends groups to travel this path.

Alice said they found that not every bank was open to the idea.

“One bank wasn’t willing to give us a combined loan as we are sisters and not partners — the amount they offered us was what we needed for one person,” Alice said.

Being twins, it’s a pretty safe bet to assume the ladies were looking for similar features from their home — or was it?

“We are very similar and were looking for the same things, really,” Alice said.

“We were looking for somewhere in the Blackmans Bay/Kingston Beach area, preferably with water views. Also, we were looking for a newer property as we weren’t keen on doing renovations, even though we love watching The Block.”

Elke said three bedrooms was a must.

“We wanted a low maintenance garden and ideally a house with two bathrooms,” Elke said.

ING’s executive director of customers John Arnott said that the rise in co-mortgages was in line with the 1.5 per cent rise in Hobart home values over the past year.

John said that as housing prices became more expensive Australians had increasingly teamed up with a friend or family member to make their home ownership dreams a reality.

“This type of arrangement can enable buyers to ensure they have enough cash for a deposit and can comfortably stay on top of repayments,” he said.

Nest Property agent Todd Pepper said there were advantages and disadvantages to buying a home with someone other than your partner.

He said buying with someone else meant home buyers were able to buy sooner by pooling resources.

“It means that they are most likely going to buy a better property or one in a better location than they would have done by buying on their own,” Todd said.

However, Todd warned that sometimes life moved in unexpected directions.

“If you choose to buy with someone who is not a life partner, at some stage they may want to sell out,” he said.

“It may cause issues with the friendship.

“It would be a good idea to have some serious discussions around expectations prior to entering into such a relationship.”

Nest Property partner Rod Force said if a shared housing situation turned sour; a house may have to be sold to “wind things up”.

“The safest option is to make sure the arrangement is as likely as possible to be a stable one,” Rod said.

“Hopefully such arrangements last long enough for both parties to get some capital gain out of the property over time.

“I haven’t noticed that this sort of thing is becoming more common, but it may happen that way as properties in the city become somewhat unaffordable for many people.”

Now that their first investment together has worked out perfectly, the twins have been able to dream about the future.

Alice said they can imagine sharing another mortgage.

“We have always wanted to buy a shack together,” Alice said.

“Definitely,” Elke agreed. “I’d love to own a shack with Ali in the future; it won’t be for a while but hopefully one day.”

How to break into the market

– Share the responsibility with a friend or family member.

– Set a goal for your deposit then save, save, save in a high interest savings account.

– Enjoy the dream while window shopping, then buy a house that you can actually afford — start small and work your way up.