“There is nothing to be scared about once we develop a satellite,” Kim quoted the former North Korean leader as saying in the memoir, citing documents that he accessed while he was in North Korea.

Kim Jong-il told scientists to develop a satellite “no matter what,” said Kim, who defected to South Korea in 1997.

The defector said North Korea test-launched a satellite in August 1997, a decade after Kim Jong-il gave the instructions due to an economic crisis.

Kim’s memoir gained media attention as North Korea has vowed to launch a series of satellites as part of its space development program.

There is lingering speculation that Pyongyang may launch a long-range rocket in the coming months to put what it claims is a satellite into orbit.

Seoul and Washington view a satellite launch as a cover for testing the North’s ballistic missile technology, which is banned under U.N. resolutions.

Experts said there is a technological similarity between a rocket launch and a long-range missile test. They also said a rocket can carry either a satellite or a warhead and the technology in launching a satellite could be diverted for military purposes.

The North claimed it successfully put a satellite into orbit in April 2009. However, South Korea and the U.S. said at the time that the launch was to test North Korea’s ballistic missile technology and that no object entered orbit.

North Korea, however, was obsessed with its nuclear weapons program after setting up a research institute on atomic and nuclear physics in 1955.

Kim Jong-il, the late father of Kim Jong-un, gave medals and television sets to scientists and engineers after receiving a report in April 1991 that there was a breakthrough in the development of nuclear weapons.

Kim Jong-il said at that time that “today is the day when my lifelong wish came true,” the defector said.

The defector also said the North’s founder was angry at Soviet scientists as they returned home after working in the North’s Yongbyon nuclear complex in the 1980s.

The founder blamed the Soviet scientists for just eating away rice, a key staple food for both South and North Koreans, the defector said.

The defector came to South Korea with Hwang Jang-yop, a former senior North Korean official who taught the country’s “juche” philosophy of self-reliance to Kim Jong-il. Hwang died in 2010. (Yonhap)

Nearly 400 South Koreans will gather in Sokcho, Gangwon Province, Monday, a day before they travel across the border into the North to reunite with family members they have been separated from since the end of the 1950-53 Korean War.

At Hanwha Resorts, a total of 394 people will be briefed on an array of issues including details about the reunions at Mount Geumgangsan, their health care and what they should be cautious about in the communist state.

They have been given the opportunity to attend the first round of the reunions, as 96 families in the North, which Pyongyang has selected, have sought to meet them.

The first round will continue through Thursday, followed by the second and last round that will end next Monday. During the second round, 255 people from 90 families, which the South’s Red Cross selected through a computer lottery, will meet their relatives in the North.

The reunions, which will be the first since February 2014, were arranged after the two Koreas reached a comprehensive agreement on Aug. 25 to ease cross-border tensions, seek regular high-level talks and bolster civil-sector exchanges.

On Tuesday, a total of 541 South Koreans including 118 staffers to facilitate the reunions and 29 press people will travel to Mount Geumgangsan.

During the three-day program, the participants will meet their relatives six times — each for two hours. They will meet for two group reunions, a welcome reception, one individual gathering, one joint dinner session and farewell reunions.

Seoul has regarded the issue of the separated families as an urgent humanitarian one, as many family members pass away due to old age each year.

It is presumed that more than 60,000 people, including more than 1,000 South Korean nationals living abroad, remain alive.

The South Korean side has sought to exchange lists of the surviving members of families with the North, allowing the families to exchange letters and meet through video links, in addition to holding the reunions on a regular basis.

But it remains unclear whether the North will agree to Seoul’s proposal, as it could potentially enable the flow of outside information into the highly controlled society and pose a threat to the dictatorial regime, observers said.

Goh and his entourage will depart for Pyongyang via Beijing on Monday to attend the week-long seminar hosted by Pyongyang University of Science and Technology through next Monday, a ministry official said.

“The government’s position is to approve any requests for inter-Korean exchanges in academics, sports and culture to recover the national homogeneity,” the official said.

Hahn Hern-Soo, another delegate and the president of Soongsil University, is expected to exchange opinions with North Korean officials on the possible construction of a university in Pyongyang, officials said.

Soongsil University in southern Seoul originated from a university of the same name built in Pyongyang in 1897. (Yonhap)

Rough waters: The Mariners lost away to a Brisbane side that, despite its administrative woes, remains the most fluid in the league. Photo: Getty Images

The Mariners have a new coach and a new team, but have suffered the same poor results on the road. Perth Glory recruited well in the off-season but still look far from challenging the top brass. Brisbane’s administrative woes have threatened to break up the club yet their team is still the most fluid and seamless on the field. Newcastle are also going through a period of rejuvenation but still sit several rungs below the big clubs. Most concerning of all is that a year after the biggest injection of botox into the A-League, Melbourne City really are not much better than Melbourne Heart.

The FFA Cup does help but the start of the A-League season can seem more of a holiday hangover than a fresh start to the year. It takes more than two rounds of competitive games to overcome a six-month off-season which is something we’re seeing yet again. The players seem better coached than ever, but the first touch, final pass and understanding between players is still a long way off. So far there have been hints that every team is capable of playing attractive football – but none have mastered it as yet. For all the pre-season preparation, there is no substitute for competitive fixtures.

3. Give the overseas imports time

There were glimpses of magic from the new arrivals but for the most part they are still struggling in their new environment. The Wanderers’ Andreu, Brisbane’s Corona and Melbourne City’s Bruno Fornaroli were the pick of this year’s foreign signings, though many others provided little to the highlight reels. The notoriously hard pitches, warmer temperatures and physical style of play in the A-League take time to adjust to and this season’s class is finding it no easier than those before them. There’s little doubt that the likes of Diego Costa at Perth, Milos Ninkovic at Sydney and Newcastle’s Leonardo will light up the league but it will likely take a few more weeks until we see their best.

4. Have faith in youth

Perhaps the best stars on show this week were the lesser-known names; Brandon Borrello, Jamie Maclaren, Brandon O’Neill, Stefan Mauk, Thomas Deng, Alex Gersbach and Conor Pain to list a few. Their performances suggested they can all have hopes of playing abroad in years to come –  and perhaps even international recognition.  It was a major indicator that youth development below the A-League is improving drastically and why this league should never forget its role as a feeder to more established competitions abroad. Get out and watch these young guns while they’re still in our backyard.

5. Footballers are as tough as nails

Play-acting and diving have long been criticisms of the sport in this country, but the perception that footballers are ‘soft’ was surely quashed this weekend. Mark Birighitti was more stoic than a rugby league player as he left the field with his face sliced open and three teeth knocked out of his jaw after a collision with Sydney FC’s Shane Smeltz. The Jets stopper was rushed to hospital for immediate surgery requiring 30 stitches but still showed up to the team’s training session the next day. Smeltz showed strength of character to come out and publicly address the incident, hitting back at critics in the process. A big show of personality from the A-League, even overshadowing a blatant dive by Seb Ryall in the same match.

This year’s Nobel prize winner in literature has expressed her firm belief in the reunification of the Korean Peninsula, as all dictatorships are “destined to be doomed in this century of freedom.”

Svetlana Alexievich, the Belarusian writer and journalist, made the remarks during an interview with Yonhap News Agency in Minsk on Saturday (local time), a week after she won the Nobel Peace Prize for Literature for her portrayal of life in the former Soviet Union, which the Swedish Academy called “a monument to suffering and courage in our time.”

“I am aware of the Korean Peninsula being divided, and, of course, there is no doubt that the two Koreas will be unified in the end,” the writer said.

“All dictators are destined to go to their doom in the 21st century, the century of freedom, though they can be booming temporarily … What is crucial is that the reunification should be made peacefully without shedding blood,” she stressed.

The divided Korea is a remnant of the Cold War, with the communist North Korea being ruled by young dictator Kim Jong-un, who inherited power from his father.

“The egalitarianism the communism pursues ended up in a complete fiasco, as the people were not ready to accept such an ideology. But it has gained popularity among young people in Russia,” the vocal critic of Soviet ideology and its legacies noted.

“The whole world is worried about Russia, which has invested big in building a strong military. The liberalism and the democracy have been losing the voices, which is nothing but the way to a dead end,” she added.

Mentioning her 1997 book, “Voices from Chernobyl,” which put her in the spotlight, she called for seeking alternatives to replace atomic energy, “which can incur disaster.”

As part of her quest for human beings, the 67-year-old author now eyes “the two axis of life: love and death.”

“I think I was writing enough about the red man,” she said, citing Soviet people with dichotomous thinking. “Putting everything behind, what is left in the end is themes on love and death, with my literary genre that collects voices of different people.” (Yonhap) 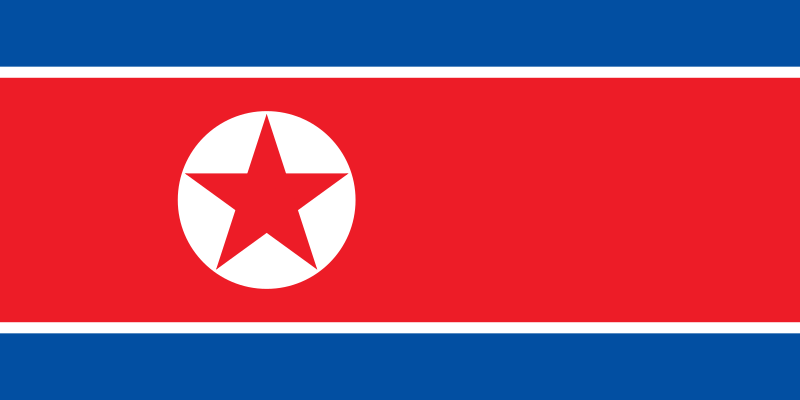 The Rodong Sinmun, a newspaper serving as the North’s major propaganda organ, stressed the communist nation will never abandon its nuclear arsenal unless the U.S. rolls back its  “hostile” policy against the North.

Last week, Park visited the White House for her fourth summit with Obama.

They issued a joint statement on North Korea. The two sides reaffirmed a commitment to the common goal of achieving the “complete, verifiable, and irreversible denuclearization of North Korea in a peaceful manner.”

“She would be seriously mistaken if she thinks she can scare the DPRK (North Korea) with ‘the joint statement on the North’ with her master,” the newspaper, published by the powerful Workers’

Party, said in its commentary. “She should clearly understand a catastrophic consequence to be entailed by her reckless words and deeds.”

The North’s regime has not released any formal response yet to the Park-Obama agreement. The reclusive country often issues direct warnings against the South or the U.S. through the National Defense Commission, which is headed by leader Kim Jong-un, the Foreign Ministry, or the Committee for Peaceful Reunification of the Fatherland, which handles daily inter-Korean affairs. (Yonhap)