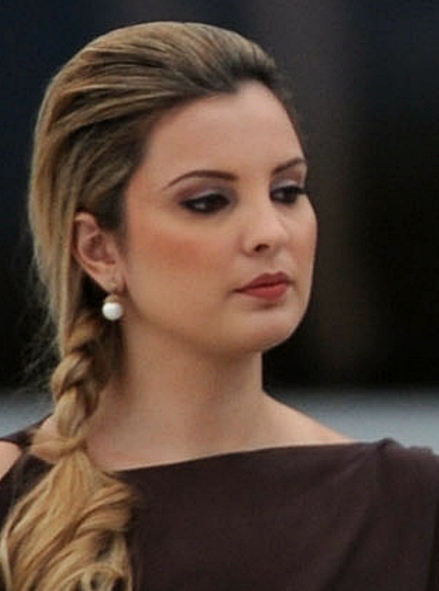 The wife of the Vice President Michel Temer, Marcela, was spotted earlier today by friends experiencing the dress of ownership in a tailor known of Brasilia. Marcela Temer arrived early, surrounded by bodyguards, in disguise. But it was still recognized by people living near the site.

At the Presidential Palace the moment is like a end party. This morning President Dilma Rousseff had to do the breakfast itself – which is hardly problem, since she’s not eating anything at all because of the diet. Dilma has not read the newspapers – only the sensationalista website, the only reliable source for president. The term, by the way, will fall into disuse. Michel Temer has warned that wants to be called presidento.

In Family Temer , the moment is animated. An employee of the couple who manages the Fear of drugs said that in recent days he has even taken Viagra.

In this image captured from the North’s Korean Central TV Broadcasting Station on Aug. 11, 2015, Kim Yong-chol (circled), who heads the powerful Reconnaissance General Bureau of the Korean People’s Army, wears an epaulet of a general while accompanying North Korean leader Kim Jong-un (front) on a field guidance. It is the first time Kim is confirmed to have been promoted to his previous rank. The National Intelligence Service, South Korea’s spy agency, said in April 2014 that Kim had been demoted to a colonel general. Kim is suspected to have orchestrated the 2010 torpedoing of the Cheonan that left 46 South Korean sailors dead. (Yonhap) (END)

Members of a South Korean conservative group burn an effigy of North Korean leader Kim Jong-un during a rally at Imjingak Pavilion in Paju, north of Seoul on Aug. 11, 2015, to protest the North’s land mine explosion around a gate on the southern side of the demilitarized zone. North Korea is believed to have masterminded the Aug. 4 incident in which the explosion of wooden-box mines secretly buried by North Korean soldiers severed the legs of two South Korean staff sergeants on a regular scouting mission, the Defense Ministry said the previous day. (Yonhap) (END)

(ATTN: RECASTS throughout with comments by Park and British top diplomat; CHANGES headline)

South Korea accused North Korea of intentionally burying three wooden box land mines on the southern side of the demilitarized zone that separates the two Koreas.

Two South Korean staff sergeants were severely injured as they stepped on the land mines during their patrol mission on Aug. 4.

“Our government will continue to apply pressure on North Korea based on strong deterrence, Park said in a meeting with British Foreign Secretary Philip Hammond, according to a press release provided by Cheong Wa Dae, South Korea’s presidential office.

“But in the meantime, we will continue to make efforts for the resumption of dialogue with North Korea.”

Hammond strongly condemned the North’s land mine attack, calling it a breach of the Armistice Agreement that ended the 1950-53 Korean War.

“We’ve condemned this unprovoked attack. And North Koreans must be held to account for the breach of the armistice,” he told reporters in a separate visit to a site near Seoul that honors British soldiers killed in the conflict.

Hammond was in Seoul for talks with his South Korean counterpart.

North Korea has repeatedly vowed to develop its economy and nuclear arsenal in tandem, viewing its nuclear programs as a powerful deterrent against what it claims is Washington’s hostile policy against it.

Also Tuesday, South Korea urged North Korea to offer an apology over the land mine attack as Seoul’s defense chief vowed to seize initiative along the heavily fortified border.

Presidential spokesman Min Kyung-wook called the incident a clear provocation and a violation of the inter-Korean nonaggression pact.

“We urge North Korea to offer an apology over the provocation and punish those responsible for it,” Min said.

South and North Korea signed a non-aggression pact in 1991. North Korea has since carried out a series of provocations against South Korea, including two deadly attacks in 2010.

U.N. Secretary-General Ban Ki-moon also called on the North to stop its provocations and resume dialogue to ease tensions on the peninsula.

Defense Minister Han Min-koo said in a meeting with ruling Saenuri Party lawmakers that South Korea’s military will carry out an operation to seize initiative in the demilitarized zone, though he did not elaborate.

In a rare display of unity, the rival parties condemned North Korea’s attack and urged the South Korean government to retaliate against the North.

The ruling party unanimously adopted a resolution that called on North Korea to apologize for the attack and punish those responsible for it.

The main opposition New Politics Alliance for Democracy also adopted a similar resolution condemning the North’s attack while urging the Defense Ministry to ensure that North Korea will pay the price for its provocation.

Some 100 conservative activists denounced the attack during a rally near the border with North Korea.

On Monday, South Korea resumed a propaganda loudspeaker campaign along the tensely guarded border for the first time in 11 years in retaliation for the detonation of the North Korean mines.