SEOUL, Aug. 9 (Yonhap) — Slovenian rock band Laibach said Sunday its upcoming concerts in North Korea will be suitable for marking South and North Korea’s key anniversary as its music speaks to a similar history in its homeland of Yugoslavia.

Laibach is scheduled to hold two rare concerts in Pyongyang on Aug. 19-20 on the occasion of the 70th anniversary of Korea’s liberation from Japan’s 1910-45 colonial rule and the division of the two Koreas.

In a county where the influx of Western cultural products is under tight scrutiny, it is quite unusual that the North has decided to allow a foreign band known for its unique visual and musical style to perform in its capital.

But Laibach said that its upcoming gigs in the North match the meaning of the anniversary well as the group relates to the pain caused by the history of division due to a similar experience.

“Our homeland Yugoslavia fell apart in the most tragic and violent way, so we know well the meaning of brother fighting brother,” Morten Traavik, an organizer for the Pyongyang concerts, said in an email interview with Yonhap News Agency.

“Our concert appearance in North Korea can therefore well match the meaning of the anniversary because we are well aware of this meaning and because it is deeply rooted in our music.”

The poster for Slovenian rock band Laibach’s upcoming concerts in North Korea on Aug. 19-20, 2015, to mark the 70th anniversary of Korea’s liberation from Japan’s 1910-45 colonial rule and the division of the two Koreas.

Created in 1980, Laibach has caused controversy with its musical and visual style that invokes totalitarianism. Its members wear military uniforms and their visual image was once suggestive of Nazi-era propaganda. Laibach is the German name of Ljubljana, Slovenia’s capital.

Laibach voiced hope that the upcoming Pyongyang concerts will be “interesting and inspiring.”

It said the setlist for the Pyongyang concerts will be mainly filled with a selection of its well-known songs, but it also plans to sing its new versions of songs from “The Sound of Music,” which North Koreans know.

“Furthermore, we have chosen to make our own interpretations of three Korean songs,” band member Ivan Novak said.

He cited the North’s two revolutionary songs — “Honorable Alive or Dead When Following the Path of the Revolution” and “We will go to Mount Paektu” — and the iconic Korean folk song “Arirang.”

“We don’t really know they will love (our music), but they will react on it for sure, and that’s more important,” Novak said.

The band said the concerts have been made possible thanks to Traavik’s long experience of working with North Korean artists, who he says have a high level of practical expertise and skills.

“However, the knowledge of other ways of thinking about art and creativity is limited, and this is where I think my collaboration projects are a contribution to bringing in some new ideas and impulses,” Traavik added.

Novak said the North’s invitation might have been extended “out of curiosity and necessity,” given that North Korea’s former leader Kim Jong-il stressed the importance of combining Korean tradition with Western instruments and themes in his book titled “On the Art of Opera.”

The group downplayed concerns that the North Korean regime could politicize their concerts for propaganda.

“If anything, we would be happy if the North Korean authorities want to use our concert for propaganda because it means that more people will get to see and hear it,” Novak said.

He added the band’s music and visual style is far “too many-faceted and ambiguous” to be used as propaganda by any political system.

Touching on situations in the Korean Peninsula, Traavik said he believes that one of the main hindrances to the two Koreas’ unification is the “interventions of foreign powers.”

“What has made the Korean division seemingly permanent is that at the moment there seems to be no real interest of reunification, not even in the North or South Korea itself,” he said. “But again, as artists our mission is to raise questions, not to provide answers.”

The band said it will release its own version on Monday of the North’s song “We will go to Mount Paektu,” which is the peninsula’s highest peak.

“We’d certainly love to come again and perform the same show in both Koreas and maybe also at the DMZ,” Novak said, referring to the heavily fortified Demilitarized Zone that bisects the two Koreas. 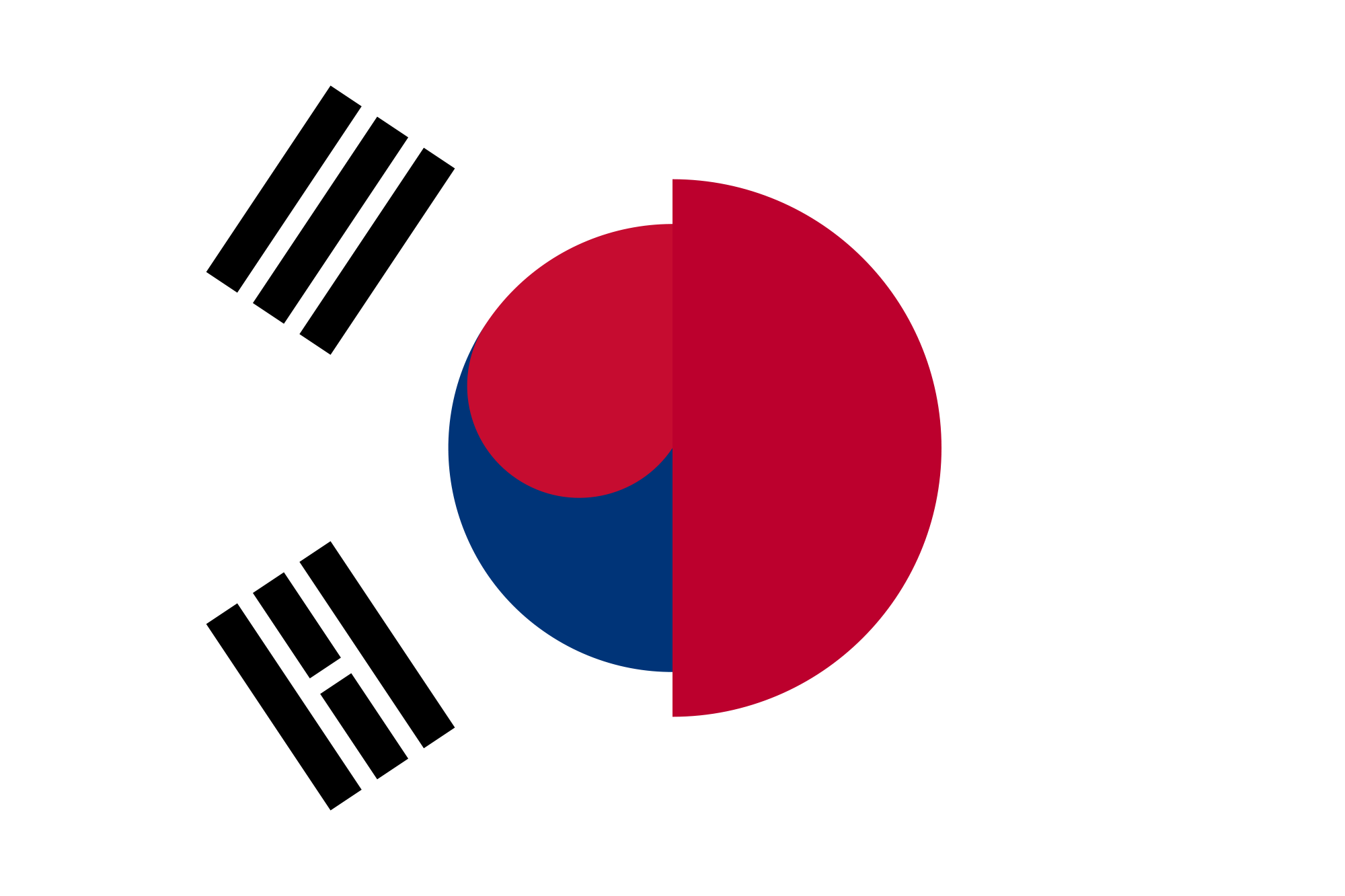 SEOUL, Aug. 9 (Yonhap) — South Korea denied Sunday a Japanese media report that the United States has asked President Park Geun-hye not to attend China’s celebration next month of its victory over Japan in World War II.

“The report is not true,” a Foreign Ministry official said. “A situation like that would never happen.”

In its English-language report, Kyodo said Park’s presence “would send a false message to the world that China has cracked the U.S.-South Korea alliance.”

According to Kyodo, Washington has contacted its embassy in Seoul and used other diplomatic channels to express its concerns about Park’s potential attendance.

The Foreign Ministry official said it has not yet been determined whether Park will attend the ceremony.

North Korean leader Kim Jong-un turned down a request by the widow of former South Korean President Kim Dae-jung for a meeting during her recent cross-border visit, an official who joined the trip said Sunday.

Lee Hee-ho, 93, returned home Saturday without meeting Kim Jong-un, who had invited her to North Korea earlier this year.

The official, on the condition of anonymity, said Lee asked for a meeting with Kim, but her request was rejected.

“We made the trip hoping to have talks with Kim Jong-un, and it’s quite disappointing that they didn’t happen,” the official said. “Still, Lee conveyed the message that the Koreas need to talk and cooperate with each other, and I think that alone is a major accomplishment.”

The official said there were “many reasons” that the meeting never materialized but declined to specify further.

The official also thanked his North Korean counterparts for hosting Lee and her delegation. When the South Koreans arrived at Sunan International Airport in Pyongyang, they were escorted through the special gate reserved for VIPs, and an ambulance was also handy in case the elderly ex-first lady became sick.

“Lee had lunch with her family after coming home and is now staying at her home,” the official added. “She had a busy schedule, but she’s doing well.”

The South Korean government, which had insisted that Lee was traveling in a personal capacity and didn’t ask her to deliver any government message, has faced some criticism that it didn’t try hard enough to make the Lee-Kim talks happen.

A Unification Ministry official, however, countered on Sunday that it was Pyongyang that didn’t seem interested in such a meeting in the first place.

“Contrary to our expectations here, North Korea might not have given any thought to Kim’s meeting with Lee from the beginning,”

the ministry official said. “From the preparatory stages (of the trip), North Korea didn’t take much initiative. If we had asked Lee to deliver our message, it would have put a burden on North Korea and set us up for a major disappointment if the talks didn’t take place.”

Another government official said: “It’s not appropriate to measure the success of Lee’s visit just on whether she met Kim Jong-un. If anything, it takes away from the significance of her trip.” (Yonhap)

Her failure to hold the meeting — which had been expected by some as the Seoul government had discounted her trip as a personal one — reconfirmed Kim’s poor diplomatic skills, analysts said, noting that his ineptitude was also demonstrated by his refusal to attend Russia’s 70th anniversary celebration in May of its victory in World War II, a rare diplomatic chance for the secluded ruler.

The 93-year-old widow of the former president, who was noted for his inter-Korean reconciliation efforts, returned after four days of visiting orphanages, hospitals for children and mothers with newborn babies in Pyongyang, Mount Myohyangsan north of the capital, and other facilities.
Apparently anticipating questions on her failure to meet Kim, Lee stressed that her trip was a personal one without any official mission given to her.
“As a civilian myself, I was not given any official task to fulfill for this trip, but I carried out all my (personal) plans with a sense of duty to contribute to the spirits of the June 15 inter-Korean declaration,” she said during a press conference upon arrival at Gimpo International Airport in western Seoul.
She was referring to the declaration signed in 2000 during an inter-Korean summit between her husband and former North Korean leader Kim Jong-il.
“While holding hands of pure-looking children at orphanages in Pyongyang I visited, I thought deeply again that we should not pass down the pains of division to the next generation,” she added.
Lee’s side reportedly made a request to the North for her talks with Kim, but it was not accepted.
As criticism rose of the Seoul’s “passive attitude” over arranging the meeting between Lee and Kim, a senior official of Seoul’s Unification Ministry said that it was Pyongyang that was not “enthusiastic” in setting up the meeting.
“From the beginning stage when each side was preparing for her trip, there was no enthusiasm (about arranging the meeting) on the part of the North,” he told reporters. “The reason why we characterized her trip as personal is that should the meeting not be organized, there would be repercussions.”
During her stay in the North, she was greeted and accompanied by officials from the North’s Asia-Pacific Peace Committee handling inter-Korean affairs, including Maeng Kyong-il, the committee’s vice chairman and vice-ministerial official.
Upon her arrival in Pyongyang, Maeng delivered Kim’s welcoming message verbally to Lee. But Kim did not offer any handwritten message to her, nor did he meet her face to face, even though he himself invited her late last year.
During a reception hosted by Lee’s side at Mount Myohyang Hotel on Friday, Lee asked Maeng to tell Kim that she was grateful to him for inviting her to the North. She also expressed her sadness about failing to meet him, her aides said.
To recognize the visit by the widow of former President Kim, who was once credited with promoting cross-border cooperation with his signature “Sunshine Policy,” the North Korean leader should have at least sent Kim Yang-gon, the North’s top official in charge of inter-Korean relations, to visit Lee, observers noted.
Cheong Seong-chang, a senior research fellow at the local think tank Sejong Institute, said Kim’s refusal to meet Lee highlighted his lack of diplomatic finesse.
“His lack of diplomatic finesse was also confirmed when he refused to meet the visiting Mongolian president in 2013 and to attend the war victory celebration in Russia, which might have been a very crucial chance to improve the North’s external relations,” he said.
“I am not sure whether he is following his father’s footsteps: His father began summit diplomacy six years after the death of his father and national founder Kim Il-sung. This, anyway, would serve as a factor to deepen the North’s international isolation.”
On Wednesday, Lee took a direct flight over the West Sea to Pyongyang, using South Korean low-cost carrier Eastar Jet. It was her third visit to the North following the first during the inter-Korean summit in 2000 and the second in 2011 for the funeral of the former North Korean leader.
By Song Sang-ho (sshluck@heraldcorp.com)
The Korea Herald