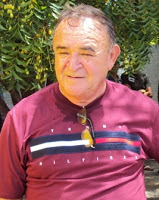 CHICAGO, April 3, 2015 /PRNewswire/ — The Boeing Company [NYSE: BA] announced today deliveries across its commercial and defense operations for the first quarter of 2015.

Major program deliveries during the first quarter were as follows:

Boeing is among 13 ENERGY STAR Partners of the Year in the Industrial category for sustained excellence to be honored by the EPA during an awards ceremony on April 20 in Washington, D.C. This is the fifth consecutive year Boeing has been recognized by ENERGY STAR.

“ENERGY STAR’s acknowledgment reflects our employees’ commitment to continuous improvement,” Boeing Chairman and CEO Jim McNerney said. “Just as we seek to improve our workplace and product quality, safety and efficiency every day, we also strive to improve our environmental performance. For example, even as we continue to increase our commercial-airplane production rates, we are holding the line on our energy consumption, and our Renton site is now powered 100 percent by renewable energy. More broadly, we are reaching into global educational communities with an effective conservation curriculum, and we continue to invest in our infrastructure to reduce our overall energy use across the company.”

“Through its sustained participation with ENERGY STAR, Boeing is helping Americans save money, save energy, and is doing its part to reduce our nation’s greenhouse gas emissions that fuel climate change,” said EPA Administrator Gina McCarthy. “I applaud Boeing for earning EPA’s highest ENERGY STAR award, the 2015 Partner of the Year – Sustained Excellence Award, demonstrating a strong commitment to energy efficiency and to preserving a healthy planet for future generations.”

Award winners are selected from the 757 industrial partners that participate in the ENERGY STAR program. Learn more about Boeing’s environmental leadership at www.boeing.com/environment.

Boeing is the world’s leading aerospace company and the largest manufacturer of commercial jetliners and military aircraft combined. Additionally, Boeing provides products and support services to customers in 150 countries and is one of the largest U.S. exporters in terms of sales. With headquarters in Chicago, Boeing employs more than 163,000 people across the United States and in more than 65 countries. Total company revenues for 2014 were $90.8 billion.

My first thought, on seeing a wiry, bearded man walking towards me on the beach: Catweazle, that 11th-century wizard who time-travelled into our lounge rooms via the magic of television in the ’70s, has come to Thailand.

It was early morning and I’d come to Klong Prao, the longest beach on Koh Chang, to do some yoga and have a swim before breakfast. I was getting ready to give the guy a friendly wave as he strolled past when he walked right up to where I was sitting, took a sleeping mat from his backpack and unrolled it within inches of my towel.

“Yoga,” he said in an unmistakably Russian accent.

He’ll probably do his own yoga moves while I do mine, I thought. Instead, my new friend did exactly what I did, from my sun salute to my warriors one and two. It seemed a bit odd, but I went with it.

Afterwards, we introduced ourselves, without the benefit of a common language. By drawing in the sand, Andrei explained he’s from Siberia, had been climbing in Krabi and was on his way to Cambodia (Koh Chang is near the border) to renew his visa. Then he bear-hugged me, skin to bare skin.

Shall we swim? “Da, da,” Andrei said, pointing at a small island on the horizon. “Ostrov,” he said, “40 minute.” He held up his watch – a fluorescent orange ladies’ watch with diamantes on the quarter hours – and jabbed at the numbers with one finger. Too far for me, I said. Besides, unlike him, I had no swim fins. I agreed to swim as far as I could.

As we waded into the water, Andrei put on his orange swim cap, stuffed some cotton wool in his ears – and slipped off his Speedos, tucking them into the strap of his mask behind his head.

This is a first, I thought: ocean swimming in Thailand with a naked Russian climber. It had rained the night before and the water was mercifully murky, but Andrei, playful as a puppy, delighted in diving down and swimming bare-bottomed beneath me.

I didn’t make it to the island – I swam back to the beach after about 20 minutes while he continued on – but I saw Andrei on the beach that evening, watching the sunset and entertaining his Russian friends by doing handstands. When he saw me, he ran over and gave me another hug. “Yoga Swim Louisa!” Then he wrote some numbers in the sand: a time for us to meet the next morning.

Andrei and I swam together every morning that week, along the beach, sometimes to Nemo-patterned dive boats anchored offshore. And I eventually got to the island – by renting a kayak on my last afternoon.

Halfway there, I saw something splashing. A dolphin? A large fish? Then I spied the orange cap. Andrei was on his way back to the beach, having already swum to his “ostrov” for the second time that day. I invited him to hold onto my kayak for a rest. “Niet,” he said, treading water vigorously. Then he put his mask back on, gave me a wave and swam on with the ease of a dolphin, a naked Russian dolphin in Thailand.

The writer travelled at her own expense.