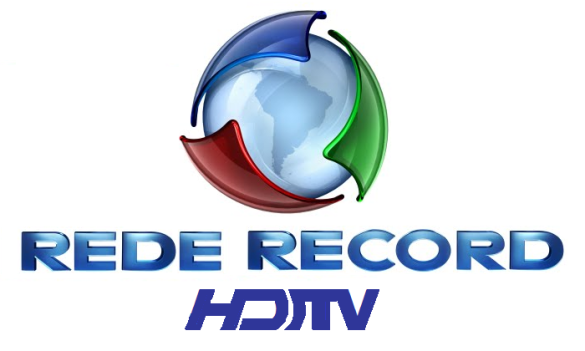 Confidence was so high in the Japanese camp, that team officials sent a bulk of the team’s luggage to Newcastle in preparation for a potential semi-final clash against the Socceroos on Tuesday. Unfortunately for them, their penalty shoot out loss to the United Arab Emirates bundled them at of their Asian Cup. But their luggage situation has delayed their return home. They were due to finally leave Australia on Monday night as they waited for their luggage to be returned.

One cameraman from one television network got a little over excited when he was told to go and shoot some pictures of the Socceroos, earning the ire of Tim Cahill. The cameraman went “paparazzi” style, tucked in behind the fence of the team’s hotel pool while Cahill and his family swam. When Cahill spotted him, he politely alerted the relevant officials and the cameraman was moved on.

The Hairdryer was bemused by tournament officials decision to have an “open” media event with referees at the unfriendly old time of 8am on Saturday. The cynic in us leads us to believe that it was done as a way to perhaps shield the men in the middle from any potential criticism.

While the Iranian players waited for the outcome of their fruitless appeal against Iraq, the players enjoyed an extended stay at a luxury Terrey Hills resort. Iran wanted archrivals Iraq banned from the tournament for fielding – what they deemed to be – an ineligible player.  It stemmed from Iraq’s decision to play Alaa Abdul-Zahra, who tested positive for methylhexanamine whilst playing for Iranian club Tractor Sazi. While the appeal failed on Sunday night, it didn’t come as a surprise to one Iranian official who described the appeal as a “million to one shot….” and they happened to be spot on!

Tim Cahill is arguably the most recognisable sport star in Australia at the moment. But that didn’t stop the Socceroos hero from taking time out to take a picture with another legend of Australia sport; rugby league icon Peter Sterling. Cahill tweeted a photo of Sterling to his more than 700,000 followers on Monday. Cahill wrote: “Great to catch up with this legend of the game and someone I respect a lot.” Cahill is an avid rugby league fan, and a regular on the game’s panel shows.  Sterling resides on the Central Coast.

Australia’s semi-final clash against the United Arab Emirates in Newcastle on Tuesday night has to be the biggest event the town has seen, doesn’t it? A quick look at the recent international events the venue has hosted includes a rugby league Test between the Kangaroos and the Kiwis which drew a ground record crowd of 32,890 in 2011. The Wallabies played Scotland the next year while a LA Galaxy side – featuring David Beckham – took on the Newcastle Jets in another prized event.  Tuesday’s game is a sell out, with the venue capable of holding 33,000 people. It is the seventh sell-out for the tournament which has seen more than 504,046* fans attend 28 matches over 14 days in five cities (before Monday’s semi-final). The Socceroos played before sell-out crowds in Melbourne and Brisbane for their group matches and the quarter-final in Brisbane, and a crowd of 50,276 at Sydney’s Stadium Australia. Public transport is included in the ticket price.

Nick Kyrgios will go head-to-head with the Socceroos on Tuesday with the teenager’s Australian Open quarter-final against Andy Murray scheduled for the prime evening slot on centre court. The match is likely to start at 715pm, 45 minutes before the Asian Cup semi-final between the Socceroos and the United Arab Emirates in Newcastle, whish is being televised by the ABC and Fox Sports.

On target: Tim Cahill is congratulated on scoring against China. Photo: Getty Images

Does anyone want to argue the Asian Cup has not been a magnificent experience for Australia and is not money well spent by the federal and state governments?

Fabulous promotion to Asian audiences, outstanding crowds with amazing diversity and an overwhelming feeling of friendship between people who are often mortal enemies in their home countries, a sense of excitement and joy at every match, and a brilliant tournament to boot.

The semi finals will be watched by hundreds of millions of people who will see the colour and passion of the fans and the freedom and openness of Australian life.

We can all be very proud of the tournament that has been presented, and kudos to FFA for the vision, governments for understanding the value, organisers for an outstanding job and the fans for turning out.

It’s been one hell of a party. And it’s only going to get better from an Aussie perspective.

So far, the Socceroos’ journey has been near flawless. More than this, it’s been thrilling, which is what we most hoped for.

Recently, I wrote in the midst of poor results and some rising angst that the results were of absolutely no consequence and that Ange Postecoglou should continue on the journey – a road trip so to speak – and would, hopefully, arrive at a beautiful place this month.

Well, we may not be sipping pina coladas in Waikiki yet, but we’re certainly by the pool in Fiji with a cold one in hand, the kids in the pool and palm trees swaying in the breeze.

The football has been excellent. How many times have we discussed down the years the need for Australia to go for it; to play according to our cultural approach to life?

Head-on, attacking, aggressive and with a tremendous spirit of togetherness.

Ange Postecoglou is now bringing this to life. It has been a delight to watch. I couldn’t be more pleased for him and the game because this is what Australia will support and the public has increasingly got on board the ride to the final.

I had Australia beating Japan anyway at this tournament, especially on home soil and with renewed confidence and dynamism, but the fact that the reigning champions stumbled paves the way for a fabulously exciting last week of the competition.

It also means the hiccup against Korea Republic should be less damaging, although it now looks likely the two teams will meet again in a week’s time.

Iraq’s triumph over Iran was an extraordinary contest, full of passion and controversy, but with extra time and penalties it will be very difficult for them to overcome a Korea Republic side with an additional day’s recovery. Nothing is, however, ever a given in football, as the Blue Samurai know too well.

UAE’s win over Japan on penalties showed why it is so important not to concede first in knockout games, as did Australia’s loss to Korea and, conversely, the win over China, where it was avoided.

Go ahead as a counter-attacking team and you hold all the aces. Go behind, and things can become very troublesome, as Japan found out to their detriment.

The draw is in Australia’s favour, as it should be, and with no apologies, given we have had suffered the opposite for so many decades. The team is rested, strong and growing together in understanding.

The tournament has captured imaginations right across the most populous region of the world. One of our main rivals is gone. And on Tuesday it’s all aboard for the next stage of the trip, destination ANZ Stadium, January 31.

It may not be Hawaii, but could well prove the destination of a lifetime.