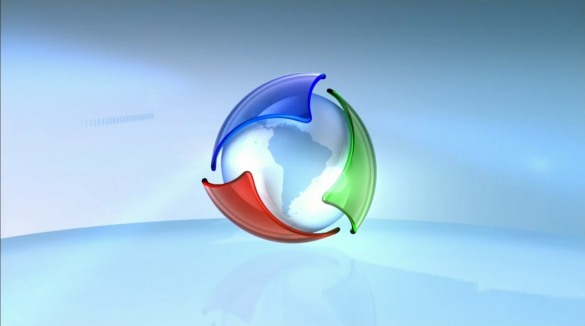 China has warned Western nations against rushing to implicate Russia in the downing of a Malaysian airliner over eastern Ukraine, but said those responsible must be brought to justice for the “intolerable terrorist attack”.

The official Xinhua news agency said in an English-language commentary that officials from the United States, Australia and other Western countries had jumped to conclusions in pointing their fingers at the rebels in eastern Ukraine and for blaming Russia for the escalating violence.

“The accusation was apparently rash when the officials acknowledged they did not know for the time being who is responsible for the attack, while condemning Russia’s military intervention,” Xinhua said.

The news agency said the top priority at the moment was to co-operate to “find out the real culprits, if any”.

“If the plane turned out to have been shot down by a missile, the perpetrators should be brought to justice despite their motives and excuses, as it was an intolerable terrorist attack,” Xinhua said.

State media do not represent Chinese policy, but are indicative of government thinking. Commentaries issued in English are typically directed at a foreign audience.

World leaders demanded an international investigation after the airliner was downed with 298 people on board in a tragedy that could mark a pivotal moment in the worst crisis between Russia and the West since the Cold War. There were no survivors.

China’s Foreign Ministry earlier expressed shock and offered its condolences to the families of those on board Malaysia Airlines flight MH17 in a statement posted to its website. In a later statement, it confirmed that a Hong Kong resident was on board.

China’s civil aviation authority has ordered all Chinese airlines to reroute their flights away from eastern Ukraine following the crash, Xinhua said in a separate report.

Two retired teachers from Wollongong who had saved up to travel first-class on a trip of a lifetime were among the 28 Australians killed on Malaysia Airlines flight MH17.

Retired teachers Michael and Carol Clancy, from the the southern Wollongong suburb of Kanahooka, had been on a three-week trip to Europe to celebrate Mr Clancy’s retirement. Due to his health problems, they had saved up to pay for first-class tickets on the ill-fated flight.

‘‘They were ecstatic to be going – it was a very big thing for them to be doing – it was such an outlay and an expense because it was so hard for them to travel,’’ Mrs Clancy’s daughter Jane Malcolm told the Illawarra Mercury. ‘‘When I spoke to mum at the airport, she was just so excited to be going.

‘‘They posted a few pictures of their trip and how much fun they were having, I suppose we won’t get the rest of them.’’

Other Australian victims included a popular Perth sailor and his three young grandchildren on their way home from a European holiday.

Nick Norris was accompanying home Mo, aged 12, Evie, 10 and Otis, eight, so they were back in time for school, allowing their parents to spend a few more days in Amsterdam.

He said he did not blame Malaysia Airlines, describing it as “a complete freak situation”.

From left: Otis, Evie and Mo are among the 298 victims. They were travelling with their grandfather Nick Morris.

Elsewhere in Australia, a Queensland family who lost their son and daughter-in-law in the disappearance of Malaysian flight MH370 have been hit by tragedy again with a family member on MH17.

George and Irene Burrows’ son Rodney and wife Mary were on MH370 when it disappeared in March. Maree Rizk, from Sunbury, 40 kilometres north-west of Melbourne, who was one of 28 Australians killed on-board MH17, was the Burrows’ step-granddaughter.

Mrs Rizk had been on a month-long holiday with her real-estate husband Albert Rizk and they had reportedly tried to change their flight to avoid a long stopover. The couple in their mid-50s, who had two children, were among 10 Victorians killed. Hume City councillor Jack Ogilvie said the community was in shock.

‘‘We are all shaking our heads in shock,’’ he said. ‘‘They were fantastic people. Albert was one of the guys who was always the life of the party.’’

Three victims were from NSW. Sister Philomene Tiernan, who worked for three decades at Kincoppal-Rose Bay Catholic school in Sydney’s east, had been returning from her European sabbatical.

‘‘We are absolutely devastated,’’ principal Jilary Jonston-Croke said. ‘‘For me she’s been a great mentor and she’s also a personal friend so we are just devastated. The shock has been incredible”

Seven people from Queensland were also on MH17, including Toowoomba doctors Roger and Jill Guard.

‘‘Roger and Jill were so well known and had so many close friends throughout the city,’’  Mike Horan, chairman of the Darling Downs Hospital and Health Service, said. ‘‘There will be a lot of people who will be brokenhearted.’’

Also among the Queensland victims was Gold Coast woman Helena Sidelik, who was returning from a holiday. ‘‘We will truly miss your smiling and infectious personality that we have all become super fond of,’’ her gym club manager Damien Glynn said.

Victorian teacher Frankie Davison from Toorak College and her husband Liam Davison were also among those confirmed on the flight. The couple had two children.

Former University of Melbourne student Elaine Teoh and her Dutch boyfriend Emiel Mahler were killed in the crash.

Ms Teoh, originally from Penang in Malaysia, and Mr Mahler, a Dutch national, were both 27. ‘‘I urge my friends to remain wise and calm when talking about it and also keep my family and I in prayer as we are going through these tough times,’’ her brother David Teoh Qu-en posted on Facebook.

Australian officials started arriving in Kiev on Friday night, including Australia’s ambassador to Poland – who also bears responsibility for Ukraine.

Jean Dunn was due to arrive late Friday might and immediately begin a round of meetings which would last into the early hours, Fairfax understands.

Local media were packed into the arrivals hall at Kiev airport, as passengers arrived on a flight from Amsterdam.

They were keen to discover whether any were relatives of those lost on MH17 – though none were.

The local media also asked questions of travellers about whether they were still comfortable flying into Ukraine.

A group of young Dutch female tourists said the mood in the Netherlands was sombre, but it had not put them off their travel plans.

– With Nick Miller in Kiev