Perth Glory recorded their first win of the A-League season with a hard-earned 1-0 victory over Melbourne Heart before a crowd of 13,856 at NIB Stadium on Sunday afternoon.

The result left Heart winless through their opening three games, while Perth have a win, a draw and a loss.

After a dominant first half in which they had 67 per cent of the possession and six shots to Heart’s two, it took just five minutes in the second half for Jamie Maclaren to give Perth the lead.

After getting past his defender Patrick Kisnorbo, Maclaren blasted his first shot into Andrew Redmayne’s chest before he sent home the follow up.

A nervous looking Perth defence able to hold off Heart as they pressed for the late equaliser.

Golgol Mebrahtu almost levelled it up after 69 minutes when he just missed the chance to get on the end of an Andrea Migliorini cross, Perth goalkeeper Daniel Vukovic able to come out and avert the danger.

David Williams then forced a full-length save from Vukovic on the stroke of full-time to preserve the three points for Perth.

Earlier in the first-half, Heart had the woodwork to thank for not falling behind in just the sixth minute when Scott Jamieson’s corner fell to Sidnei at the back post whose quick turning shot richoceted away off the inside of the upright.

Sidnei looked most threatening down the left for Perth in the opening 20 minutes and established a series of chances for the hosts that went unconverted.

And Perth continued to trouble the visitors down the left with Scott Jamieson twice denied as he tried long-range strikes.

First with a volley from beyond the box that was headed away by Kisnorbo on the goal line and then by the woodwork as he tried to curl one into the top corner.

Ryo Nagai missed another clear chance for Perth Glory on the stroke of the half when he fresh aired a cross from Sidnei with only Redmayne in goal to beat.

Two minutes out from the break Mebrahtu had Heart’s first shot since Krisnorbo’s header but sent the volley wide of the goal.

Kisnorbo was substituted out of the game in the 63rd-minute after he appeared to injure a knee in the clash with Maclaren, which resulted in the Perth goal.

Wellington Phoenix and Newcastle Jets are still searching for their first wins of the season after they played out a 0-0 draw at McLean Park in Napier on Sunday.

Both sides had their chances with Carlos Hernandez and Ruben Zadkovich hitting the woodwork and goalkeepers Glen Moss and Mark Birighitti also forced into making crucial saves.

The stalemate was just the third in 20 matches between the two sides and leaves them in the bottom half of the table after three rounds.

Of more concern for Jets coach Gary van Egmond will be the fact his team has yet to score a goal.

Andrew Hoole, Joshua Brillante and Ben Kantarovski were all brought into the Jets’ starting XI and Hoole and Brillante, in particular, were busy in the opening 45 minutes.

Hoole wasted little time getting into the action with a strong run in the just the fourth minute, but he then fired his shot straight at Moss in the Phoenix goal.

Hernandez was also well involved in the early exchanges unleashing a fierce shot which beat Birighitti but not the crossbar.

Paul Ifill, in his first start of the season, also tried to get himself involved but was generally well contained.

But as the half wore on, Hernandez drifted out of the game as the Jets started to take control with Hoole and Brillante working particularly well down the right flank and putting Reece Caira under pressure.

The visitors also didn’t allow the Phoenix players any time or space on the ball.

However, the Jets couldn’t turn that dominance into goals. Their best chance of the first half fell in the 19th minute when Zadkovich saw his shot come back of the crossbar before Moss then Leo Bertos combined to deny Scott Neville twice.

The Jets’ finishing continued to let them down as Brillante blazed another strike well over before a
poor touch by Adam Taggart in the box saw him waste a pinpoint pass from Zadkovich which had split the Phoenix defence.

Just before half-time it looked as though Newcastle’s wastefulness in front of goal would come back and bite them as defensive errors allowed the Phoenix to finish the half the stronger team.

Stein Huysegems thought he had broken the deadlock in the 43rd minute as the Phoenix players claimed the striker’s header – from a lovely floated ball into the box by Hernandez – had crossed the line before Birighitti got a hand to it.

But the goal wasn’t given and their protests were waved away.

The Belgian then got on the end of an Hernandez free-kick only to fire it just wide.

Ifill was replaced at the start of the second half by Spaniard Albert Riera as coach Ernie Merrick looked to kick-start his side.

But it was another Hernandez free-kick which put the Jets under pressure as Andrew Durante got free in the box but Birighitti pulled off another superb save to deny the the Phoenix skipper.

Hernandez then saw another effort come back off the upright with the Jets keeper well out of position.

In the 65th minute Zadkovich was replaced by Jacob Pepper, although it was unclear whether or not it was a tactical substitution or injury-related.

But both coaches turned to their benches with 20 minutes to go in the hope of finding some way to break the deadlock.

Hoole was replaced by James Brown for the Jets and Jason Hicks came on for Vince Lia in the Phoenix midfield before veteran Michael Bridges replaced Adam Taggart in the Newcastle attack and Kenny Cunningham came on for Huysegems, but it was all to no avail.

First-year A-league coach Josep Gombau has asked for patience from Adelaide United fans as the side adapts to his possession-based style.

Adelaide fell to their first defeat of the season on Saturday evening in Gosford going down 1-0 to the Central Coast Mariners.

Having started the season with a resounding 3-1 victory over Perth and a draw last weekend to Melbourne Victory, the Reds were the victim of a cleverly taken second-minute goal to Mariners marksman Nick Fitzgerald at Bluetongue Stadium.

Spaniard Gombau said the side is adjusting to the new system and that there have been promising signs, even going so far as to label the loss the best performance of the season.

“Day by day we are more comfortable with the ball,” the former Barcelona youth coach said.

“When the club came to speak to my they wanted to create this style, we want to play an open style and every player in the club knows this, even the youth team.

“Now we are in this process (which isn’t easy) we need to be patient.”

Despite dominating possession with 66 per cent of the ball they only yielded seven shots – none on target – compared to the Mariners’ 15.

Gombau was unfazed by their fewer sights on goal.

“We want to have a lot of passes and we want to be offensive,” he said.

“Today we had (most) of the possession of the game, we had a lot of passes but we didn’t create chances.

“But we are underway… in the style we played today we played better than the last two games.”

Gombau said he would not be swayed from his long-term plan, in the face of criticism in the infancy of his stint at Coopers Stadium.

“The lose can make the fans, or the people that don’t understand what we want to do, say that we didn’t play well or we don’t create chances… but as a coach I am satisfied,” he said.

“Of course I know that we lost the game but I see a long way (in the future) and we are going to be doing well.”

Skipper Eugene Galekovic said the side might take up until the Christmas period to fully have their head around Gombau’s taxing style.

“We had the whole pre-season of working the system.

“We know we will get better as the season gets close to Christmas, we are going to improve and that’s our aim.

“Results are a part of it, but they way we played is encouraging.”

Central Coast skipper John Hutchinson has praised his side for their reaction after two draws to open the A-League season which had the reigning title-holders off to a slow start.

Speaking after their 1-0 triumph over Adelaide on Saturday evening at Gosford’s Bluetongue Stadium, Hutchinson admitted coach Graham Arnold was furious during and after the side’s 2-2draw with Melbourne Heart in round two.

Veteran Hutchinson noted the team’s connections in attack were yet to fully develop but lauded their central defensive pairing of youngsters Trent Sainsbury, 21, and Zac Anderson, 22.

The locals’ first clean sheet of the season came as they wasted a host of chances at the other end of the park after a second minute goal to Nick Fitzgerald.

“I thought we needed a reaction from last week,” Hutchison said.

“I know the boss wasn’t very happy, at half-time or full-time, even though we got a point in the end.

“He wasn’t happy with our effort or our desire, our work-rate.

“That hurt a few boys in the change room, including myself.”

Having a week to mull on Arnold’s thoughts had the desired affect according to Hutchinson but there is room for improvement.

“(Michael) McGlinchey, (Marcos) Flores and Fitzgerald were fantastic in the pockets. We need to starting finding them,” he said.

“Anderson and Sainsbury tonight were magnificent, they stood tall,” said Hutchinson of the defensive duo.

“Obviously we didn’t control possession, but they had a lot of possession in front of us which isn’t going to hurt us.”

The impact of 28-year-old playmaker Flores is starting to develop.

“We are still working out Flores – what he likes, what balls he wants to play to players,” he said.

“It’s coming,” said the 33-year-old of the transition out of midfield with Flores often as the focal point.

“It’s not where we want it to be, it’s definitely a work in progress for us.”

“That’s the first game McGlinchey has played with him. When they get more time on the pitch together they are going to be a lethal combination,” he said.

Having Flores ‘takes the pressure’ off McGlinchey, according to Arnold.

With the imminent return of last season’s golden boot Daniel McBreen from his loan spell in China Arnold pointed out the adaptability of his strike force.

“You can play Mitchell Duke at nine and we have taught him in the off season how to play at seven, and you he can play him wide.

“Sterjovski can play both sides. Matt Simon can play up high.

“We have got a lot of options even during the game that we can change things.

“I am always happy when you make chances, we had enough chances to win three games of football tonight.

“Even though we were missing chance after chance they didn’t lose their concentration and they weren’t trying to make up for the missed chances.” 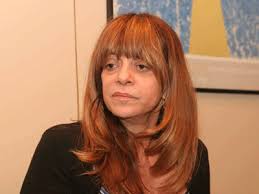