There is now a growing level corruption occurring across borders, and international partnerships are essential in understanding and combating the serious and systemic crimes, according to the head of Australia’s corruption watchdog.

“Anti-corruption agencies in various countries, like Australia and South Korea, to be in contact and to cooperate with other agencies are now very important. So we can learn from each other and understand things we have to work on,” Philip Moss, Integrity Commissioner of the Australian Commission for Law Enforcement Integrity said in an interview with The Korea Herald.

The ACLEI became the eighth member of the Anti-Corruption Agency Forum after being approved for membership at the general meeting on Monday.

The Department of Agriculture, Fisheries and Forestry is also part of the Integrity Commissioner’s jurisdiction.

“We have a particular expertise with law enforcement integrity. We want to bring that expertise and knowledge to this forum,” he said, noting that the ACA Forum is an opportunity to share each agency’s approach to detection and investigation against corruption.

“I look forward to hearing from international counterparts how they approach corruption controls in the future,” he added.

Prosecutors have reportedly secured circumstantial evidence that lawmaker Lee Seok-ki and his alleged underground organization are linked to North Korea’s espionage operations against the South.

The politician also visited North Korea as part of the Mount Geumgang tour in 2005 and 2007, but any ulterior motive remains unconfirmed.

Lee, a member of the minor Unified Progressive Party, is accused of conspiring to stage an armed revolt and forming an anti-state organization called “Revolutionary Organization.” The group is thought to have been formed within the controversial East Gyeonggi Coalition with around 130 members.

The National Assembly was expected to approve a motion to allow prosecutors’ arrest of the lawmaker by the deadline on Wednesday.

The circumstantial evidence seized by the authorities allegedly shows that some of the “RO” members slipped into North Korea, contacted the North’s espionage group and are connected to “highly trained reconnaissance agents from the North.”

The NIS believe that the past activities of Lee and core RO members in Minhyukdang, or the “People’s Democratic Revolutionary Party,” in the 1990s to uphold North Korea’s Juche thought, led to continued links to the North.

The NIS also cited the past visits made individually or in groups by the alleged RO members who have been summoned for search and seizure.

The Unification Ministry, meanwhile, said Lee’s North Korea visit during the Roh Moo-hyun administration was made as part of a group tour and that his admittance was approved without an issue. The ministry also said it was difficult to identify any other activity by Lee aside from the tour at the time.

The NIS is reportedly analyzing lecture contents, anti-state publications, and other videotapes, CDs and floppy disks that they confiscated from the search and seizure on Aug. 27.

Lee, meanwhile, continued to rebuke the allegations, writing on his Facebook page, “(The NIS) are pulling out all the stops to link me with the North.”

“Around 100 officers searched the nooks and crannies during the three-day search and seizure but there was not one piece of evidence that emerged to prove a revolt,” Lee claimed.

A 20-member team of legal representatives of Lee and nine members said Tuesday they would file a complaint against the NIS and some of the media that leaked and reported on the transcript of a recorded speech by Lee in a meeting in May. During the meeting, Lee allegedly called on his colleagues to prepare to conduct a “speedy war” against the South should Pyongyang issue an order to attack.

The ruling Saenuri Party and the main opposition Democratic Party continued under-the-table discussions about the vote on the motion for Lee’s arrest at a one-point plenary session.

The Saenuri Party ordered its members to be on standby and vowed it would bulldoze through the motion if it had to without the DP’s participation.

“(The motion) should be passed within today or by tomorrow at the latest,” said Saenuri floor leader Choi Kyung-hwan.

The DP said it would hold a general meeting in the morning to discuss the party’s stance on the vote.

“No action will be compromised or accepted to deny the Constitution and damage the values of democracy,” DP floor leader Jun Byung-hun said.

The DP’s former presidential candidate Rep. Moon Jae-in also said Lee should forego his immunity to respond to the investigation.

Calls also rose within the parties that Lee should be ousted from the UPP or be rescinded of his lawmaker status.

“If the suspicions of Rep. Lee and other figures are found to be true, the UPP should voluntarily break off or the nation must move toward dissolving the party,” said Saenuri secretary-general Hong Moon-jong in a radio interview.

The DP’s former floor leader Park Jie-won said, “The UPP should expel (Lee) or let him leave the party voluntarily.”

The two parties however remain poles apart on issues other than Lee’s case, namely on the calls to reform the NIS slammed for its alleged political interference during last year’s presidential election.

Meanwhile, more suspicions headed Lee’s way, including a report by the Defense Ministry to the Assembly’s Defense Committee which showed that Lee in April requested the ministry to submit data relevant to Korea-U.S. joint counter-provocation plans. The ministry said it refused to submit the materials as they are military secrets. Lee belongs to the Science, ICT, Future Planning, Broadcasting and Communications Committee.

North Korea has made considerable progress in developing a fairly robust nuclear program in the past three years and is capable of making atomic weapons at any time, Seoul’s defense ministry said Tuesday.

“North Korea’s nuclear program remained at a developmental and experimental stage in 2010, but it has grown into a real threat in 2013, and it is able to make a nuclear device at any time,” the ministry said in a report to the parliamentary defense committee.

“China’s changing attitude toward North Korea proves the seriousness of (its nuclear program).”

Tensions escalated between the two Koreas when Pyongyang in December fired a long-range rocket, which was deemed as a covert test of its ballistic missile technology, and then in February conducted its third atomic test. Both actions invited additional U.N. Security Council sanctions against the impoverished nation.

In April, the North announced that its nuclear scientists will begin work on restarting a uranium enrichment plant and a 5-megawatt reactor in the Yongbyon complex.

“North Korea is preparing to resume its nuclear facility in Yongbyon and continues to develop missiles,” it said. “The South Korean military needs to beef up deterrence capabilities against a worsening North Korean threat.”

Amid inter-Korean talks to resume cross-border projects, Pyongyang expressed its willingness to rejoin the six-party talks but has shown no signs of accepting conditions set by Seoul and Washington to give up its nuclear capabilities. Instead, it has insisted on being recognized as a nuclear power.

As the communist country has enhanced its missile and nuclear capacity, it is more likely that the North could misjudge the security situation on the Korean Peninsula if Seoul regains its wartime operational control from Washington in December 2015, the ministry said.

The remark comes as South Korean and U.S. officials have been trying to decide whether the two sides need to reschedule the transition, and if so, under what condition it should be done.

During last week’s ASEAN meeting in Brunei, the two nations’ defense chiefs met to further discuss the matter on how to handle growing North Korean threats and decide on the appropriate timing of the transfer.

“There is a consensus that the December 2015 deadline is not appropriate for Seoul to regain the wartime control,” Defense Minister Kim Kwan-jin told lawmakers during the parliamentary committee meeting.

“Currently, the ministry is discussing with its American counterpart (over the postponement) in accordance with the current security situation.”

Seoul’s regaining operational control of its troops in the event of war is still a politically and ideologically controversial issue, as the two Koreas still remain technically at war after the 1950-53 Korean War ended in a truce.

South Korea handed over its operational control to the U.S.-led U.N. troops during the three-year conflict and regained peacetime OPCON in 1994. (Yonhap News) 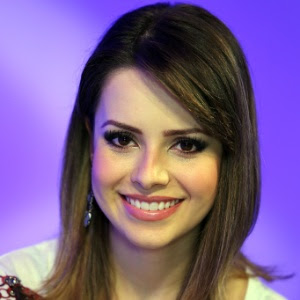