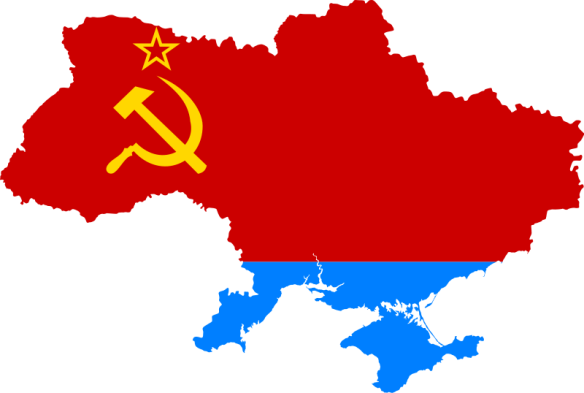 If there is any lingering resentment over Queensland Premier Campbell Newman’s decision to cut 14,000 public sector jobs, it could be thrown into sharp relief in a particular Brisbane seat on September 7.

Could his cuts to the state public service cost Ms Prentice votes? Perhaps, if a handful of voters’ views on the issue is any guide.

Labor is seeking to capitalise on a potential backlash. The Coalition says 12,000 federal bureaucrats will go, while Labor contends its opponents will axe 20,000 public servants.

A large Labor sign at the intersection of Wardell Street and Samford Road at Alderley features the slogan “Newman’s cuts went deep, Abbott’s will go to the bone”. On the other side of the same sign is an election poster for Ms Prentice. All for motorists.

ReachTel polls in March 2013 showed a downturn in LNP support in Ashgrove, with Mr Newman’s vote dropping 8.7 points from 55.5 per cent after the March 2012 state election.

However, the seat of Ryan stretches well beyond Ashgrove and other issues, including the ALP’s economic performance and its decision to change prime ministers, were frequently raised.

Ryan stretches from Indoooroopilly and St Lucia in the south-east to Ferny Grove in the north, west to the Brisbane Forest Park and south to Moggill and Bellbowrie.

While journalists usually refer to it as “leafy Ryan”, the seat is now crammed with busy inner-city traffic around Indooroopilly, Kenmore, Ashgrove, Alderley, The Gap and Ferny Grove. Today, Ryan is one of the Brisbane electorates where it is hard to get a car park.

Here are the views of 11 voters in the electorate on Wednesday.

“Debt, government debt,” is the most important thing for contractor Steve Cole, of Alderley. “And the general mismanagement. I’ll be voting for the Coalition.

“I’ve got eight blokes working for me and I just need some stability.”

Brooke Marien, of Ferny Grove, said he was dissatisfied with the way mental health was being treated by every political party.

“I think mental health needs to be addressed, no matter what,” he said.

The public transport services in Ferny Grove did not link up, he also said, suggesting that one form – either bus or rail – run longer on weekends, possibly 24 hours a day.

Marien is yet to make up his mind on how he will vote.

Alex Head, an engineer from Ferny Grove, said he was concerned at plans to remove carbon pricing, but healthcare and environmental issues were most important to him.

“Both of the major parties, I see them as much of a muchness,” he said.

“In theory I support the idea of taxing carbon and emissions, because we are in the 21st century and we really do need to start cleaning up our act.

“I believe that is one of the most important issues that this society faces in this day and age.”

Andrea Nicholls, of The Gap, said she was concerned about possible cuts to teachers for special needs programs and extended learning programs.

“Education is probably my main thing, environmental issues and releasing land for development,” she said.

“But I want to see the Gonski education package introduced. That is the strongest influence on my vote.”

Mitch Hammet, of The Gap, said maintaining jobs in the public service would decide his vote.

“Maintaining the jobs. Queensland has already axed a lot from the hospitals; they want to close down state schools,” he said.

Hammet said several of his friends had lost jobs in the Queensland public service revamp.

“My word. I think if we vote the same way at the federal level, I think it will give our state MPs a mandate to continue doing what they are now doing.”

John (Tony) Melloy, of The Gap, said economic management was the key for him.

“Generally, the correctness or otherwise of the claims that have been made [was important],” he said.

“I have no faith in the Labor Party with their past record and failure to deliver. I sort of lean towards the Liberals. I trust the economic management more from the Liberals.”

He said the turmoil that surrounds Labor’s Papua New Guinea asylum seeker policy also worried him because he served in PNG.

“I think there will be internal resistance to it in Papua New Guinea,” he said.

Melloy also said he had no doubt that people would find their way to North Queensland. “People regularly come across by small boat to the mainland and back again.”

Ros Marshall, of The Gap, said she was embarrassed by the fuss over refugees.

She said the two main parties were almost identical and education would decide her vote.

“I think it is a minor issue [immigration], but they are making it a major issue because we take so few [refugees],” she said.

“I think the people coming by boats is really a minor thing and I think we should be more generous and more helpful.”

She said the Greens had the best asylum seeker policy, but she would not vote for them. “I don’t think my vote will count if I vote for The Greens, so I will vote Labor but preference the Greens.”

“There are a lot of ladies out here who work for the government and I know a lot of them have lost hours,” she said. “And some of them have been working them for years.

“What do they do when they turn 50? Who is going to give them a job when they have been doing the same job for 25 years? It is not easy being a 50-year-old lady and going for a job. Even young people are finding it hard.”

Mary Fisher, of Chapel Hill, said Prime Minister Kevin Rudd spoke like a statesman, which was important in an international setting.

“He knows how to speak, he thinks about everything that comes out of his mouth,” she said.

“I don’t not get that impression from Mr Abbott.”

However, she said the most important thing was job security “because so many people are losing their jobs; in Brisbane City Council, in our hospitals”.

Ms Fisher said she would not support the LNP because of the Queensland government’s public service job cuts.

“I am not going to support that party at all. It is not only my family, it is all around you. You just have to look around you.”

At Indooroopilly and St Lucia, the electorate has many young students. Environmental science student Daniel Jonas, 20, of Indooroopilly, said few of the announcements during the campaign had interested him.

He said carbon pricing was in place in many parts of the world. “I have actually studied this and, in theory, it looks all right,” he said.

“If they can pull it off and do it right, it is going to be good. I think it is the right way to go, but they just have to be careful the way they go about it.”

First-time voter Allie Patterson, 18, of Indooroopilly, said she was looking at the Greens policy on asylum seekers because she thought processing people in Australia was a better policy.

“I have not really decided my vote,” she said. “Everything just seems to be about Tony Abbott and Kevin Rudd and not about the parties at all.”

One of the Coalition’s central claims about waste in the federal public service – that a department spent more than $180,000 studying ergonomic chairs – is wrong.

The opposition did not check the accusations with the Department of Human Services before putting the claim on hundreds of thousands of dollars’ worth of campaign material and in the middle of Tony Abbott’s keynote speech to his campaign launch.

DHS told Fairfax that $51,000 had been spent on workplace ergonomic assessments among its 36,000 workers and that nobody from the opposition had checked with the department before going public.

The allegation has formed a central part of the Coalition’s attack on “Labor waste” and has featured in advertisements on TV and other media.

At the Liberal campaign launch in Brisbane on Sunday, Mr Abbott used the claim against as an example of Labor’s “small waste,” in one of the most important speeches of his election bid.

The assertion first surfaced on August 6 in a press release from opposition parliamentary secretary Jamie Briggs that claimed the “Department of Human Resources” – which does not exist – had “spent over $185,000 on Ergonomic Assessments on the chairs of its staff”.

In his release, Mr Briggs alleged that public servants were “sitting pretty while families do it tough” and said he based his $185,000 on contracts published on the AusTender website.

But a departmental spokesperson rubbished the claim on Tuesday.

“The Department of Human Services did not spend over $180,000 on special studies on chairs,” the spokesperson said.

“The $185,896 on the AusTender website is the maximum value of contract amounts for ergonomic assessments for individual staff members for 2012-13 – it does not represent the actual amount spent.

DHS is the government’s largest department employing more than 35,000 staff across the nation in frontline agencies like Centrelink, Medicare and the Child Support Agency.

The department has been recognised by federal workplace safety authority Comcare for its efforts to improve health and safety, and to bring down the bill for taxpayers for workers’ compensation claims by its employees.

“These assessments are completed occasionally when the department is trying to prevent injury or return injured staff to work, and are just one of the department’s strategies to reduce risk of injury,” the DHS spokesperson said.

Neither Mr Briggs’ office nor Coalition campaign headquarters responded on Tuesday to questions about why the claims were not checked before being included in the opposition’s campaign material.