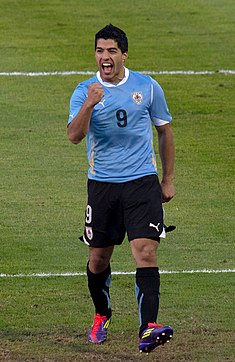 Liverpool manager Brendan Rodgers has not spoken to Luis Suarez in Australia but expects the striker to play against Melbourne Victory.

Suarez, who was given additional leave by the Reds after playing at the Confederations Cup last month, touched down in Melbourne on Sunday.

The rest of the Liverpool squad arrived several hours later from Jakarta, where they began their pre-season tour with a 2-0 win over an Indonesia XI on Saturday.

Suarez made his desire to leave Liverpool public last month with Arsenal and Real Madrid both interested in the Uruguayan’s services.

But Rodgers said he was unfazed by the speculation surrounding Suarez, having been in regular contact with the controversial forward during his time away from the club.

“As we’ve always been as a club, I’m quite relaxed about it,” he told reporters in Melbourne on Monday.

“We’ll chat to him at some stage, like we do with all the players.

“But he’s back, he’s in great spirits and he’s obviously an integral part of the group.

“You could see his closeness with his team-mates last night when they were all seeing him for the first time in a number of weeks.

“He’ll join training today with all the other players and over the course of these next few weeks we’ll communicate.

“The reality is that he’s a player who is very much valued at Liverpool and unless there’s any sort of offer that comes in that is anywhere near his value, there’s nothing to consider, and we haven’t had that.”

Rodgers said both Suarez and captain Steven Gerrard were expected to feature against A-League side Victory in front of a sell-out crowd at the MCG on Wednesday.

“The players aren’t quite up to 90 minutes yet,” Rodgers said.

“For the game in Indonesia we played a team for around 60 minutes and then we looked to make changes.

“The players are only three weeks into their preparations but they’ll all be involved; they’ll all have some part to play.”

More than 95,000 fans are expected to fill the MCG in what is set to be the biggest crowd the English giants have ever played in front of.

“We’re very honoured to be playing at such an iconic sporting venue,” Rodgers said.

“It’s a great honour to play there and to be sold out is remarkable really but it doesn’t surprise me because the support for this football club really is worldwide.”

Mark Schwarzer’s Chelsea career has got off to the best possible start, with the recently signed goalkeeper managing to keep a clean sheet in the first half of the Blues 4-1 win over a Malaysia XI.

In what was the London side’s second match of their pre-season tour, Schwarzer was handed his starting debut by manager Jose Mourinho. The Socceroos goalkeeper considered to have done enough glovework with his new teammates after being a late addition to their pre-season tour.

Chelsea grabbed an early lead against their Malaysian opponents when youngster Bertrand Traore fired home inside six minutes. Kevin De Bruyne doubling their advantage on the half-hour mark with a powerful strike.

Schwarzer’s first foray into the game was to collect an overhit cross, his goalkick leading to an attack which eventually saw Traore force a save from the Malaysia goalkeeper.

Romelu Lukaku added a third for the visitors just before half-time which brought a raucous reaction from the crowd inside the Shah Alam Stadium on the outskirts of Kuala Lumpur.

Schwarzer was replaced at half time by Chelsea’s incumbent No.1 Peter Cech. The Blues adding a fourth goal through Victor Moses in the second half before the home side managed a late consolation.

In the lead up to the match, Schwarzer reiterated his pledge he would not be content to sit on the bench this season and was planning on giving genuine competition for the first-choice goalkeeping spot at Stamford Bridge.

“When I signed for Chelsea, I knew they had top quality goalkeepers, and the competition for a starting place would be tough.

“But with hard work and good performances, I can show that I am good enough to play in the first XI,” he said.

Schwarzer’s one-year contract with the Blues will see him through to next year’s World Cup campaign in Brazil. With competition for his national jersey coming from the likes of Eugene Galekovic, who was outstanding for the Socceroos against Korea Republic on the weekend, the forty-year-old knows he can take nothing for granted this season.

However Schwarzer seems up for the challenge and determined to add to his 504 Premier League appearances and 108 national caps.

“If you asked me five years ago if I would see myself here today, I would’ve said no. But what I have learned from that is you never say never, anything is possible.”

AN experimental Socceroos side had goalkeeper Eugene Galekovic to thank for somehow avoiding defeat in their ordinary East Asian Cup performance against a dominant South Korea in Seoul on Saturday night.

Second-best from the opening whistle, a Socceroos outfit made up mainly of A-League players and a sprinkling of Australia’s Asia-based contingent managed to escape with a 0-0 draw.

The brilliance of Galekovic, coupled with the hosts’ lack of a killer instinct in attack, ensured the Socceroos escaped with an undeserved point.

“I was obviously happy with how I performed and kept a clean sheet, so that was the main thing, ” said Galekovic, who enhanced his hopes of 2014 World Cup squad selection.

“We weren’t great in the first half, we all knew that and in the second half we came out and did a little bit better.”

The night was supposed to be a memorable occasion for Melbourne Victory star Mark Milligan, who became the 56th man to captain the Socceroos, getting the skipper’s armband ahead of Matt McKay.
But after picking up a yellow card late in the first half, Milligan was replaced at half-time by debutant Erik Paartalu.

China-based Paartalu wasn’t the only Australian who debuted last night, with Central Coast Mariners forward Mitchell Duke earning his maiden cap when he was chosen as the man to lead the Socceroos’ line in the absence of Josh Kennedy, who was not released for the tournament by his Japanese club Nagoya Grampus.

Clubs were not obliged to allow the players to leave as the tournament is being played on non-FIFA dates.

Socceroos coach Holger Osieck praised his team’s “fighting spirit” despite them being outclassed for the entire contest.

“As I said before, the tournament will be a good opportunity for me to look at individual players and their perspective for the future, ” Osieck said.

“Our boys have not played football for a couple of months with the exception of the three players who play in the Chinese league, so I knew it would be very difficult for us as our physical level was definitely not as high as it would be normally.’’

Under  new coach Hong Myong-Bo, South Korea also fielded a new-look team, but were classy all over the pitch, except for their finishing.

The hosts dominated the first half, with the Socceroos, apart from Galekovic, powerless to stop the onslaught.

The Adelaide United custodian made at least half a dozen quality saves to hold the superior South Koreans at bay.

The Socceroos rarely got out of their half in the opening 45 minutes, with the hosts finding a huge amount of space in between Australia’s defensive and midfield lines.

Attacking weapon Yun Il-Lok, on debut seemed certain to score in the 15th minute after being superbly set up by Lee Seung-Gi.

But a smart save from Galekovic low down to his right prevented the hosts taking the lead.

Australia’s first attack didn’t come until the 17th minute and it was started by the unlikely source of defender Ryan McGowan, who went on a 40-metre run upfield before finding Archie Thompson on the right.

The Melbourne Victory star cut the ball back into the path of Vidosic, but the 2010 World Cup squad member failed to connect.

It was a rare attacking foray from the Socceroos, who were on the back foot for the remainder of their opening stanza and often resorted to desperate clearances from  their stretched back four of Ivan Franjic, McGowan, Jade North and Michael Thwaite.

Galekovic again denied Yun in the 18th minute and immediately after was called into action to deny Lee.

The Socceroos gloveman again excelled in the 29th minute, tipping a blistering 25-metre free kick from Kim Young-Gwon around the post.

Galekovic again came to Australia’s rescue in the final five minutes of the half, denying Kim Dong-Sub and Yun.

Even when Galekovic was beaten, the Socceroos’ rode their luck, with the woodwork coming to their rescue in the 76th minute after a deflected shot from Yeom Ki-Hun.

The Australians continue their East Asian Cup campaign on Thursday night against Japan. 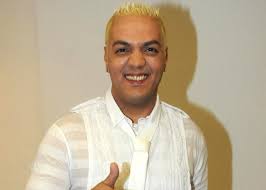