PARENTS who refuse to vaccinate their children may not be getting comprehensive information on the benefits of immunisation because there is no checklist for doctors to follow.

Department of Health and Ageing officials have told a Senate estimates committee that they are not aware of a checklist for medical practitioners when counselling parents who don’t want to protect their children from infectious diseases.

Asked by doctor and Greens Senator Richard di Natale whether doctors were assisted in their counselling by such a checklist a departmental official replied: “Not that I’m aware of”.

“It’s really important that parents are made fully aware of the risks they would be exposing their children to if they refuse to vaccinate,” he said.

Parents who refuse to vaccinate their children must undergo a counselling session with a medical practitioner and get them to sign a conscientious objection form to claim the childcare rebate and get their child into a childcare centre.

The department is moving to make conscientious objection to immunisation a more distasteful option by changing the terminology applied to these parents.

At the same time, the Health Department is working with the Families Department to change the legislation which allows conscientious objectors to vaccines to receive a childcare rebate.

The words “vaccine refuser” would replace conscientious objector in the legislation if this proceeds.

Australian Medical Association president Dr Steve Hambleton said he did not think doctors required a checklist for counselling parents who did not want to vaccinate their children.

The Academy of Science’s Myths and Realities booklet, available on the internet, was a good resource for doctors to use in this situation, he said.

Only a minority of parents were hard core anti-vaccination and most parents listened and changed their mind when they talked through issues with their doctors, he said.

Dr Hambleton supported the idea of changing government terminology for parents who won’t vaccinate their kids from conscientious objectors to vaccine refusers.

“I support that. The reality is there is no good medical reason to be a conscientious objector,” he said.

“Vaccine refusers says it like it is, they should be named for what they do,” he said.

The DoH has also revealed that the take up rate of the cervical cancer vaccine by teenage girls lags well behind childhood immunisation rates.

While around 90 per cent of young children are immunised only 70 per cent of 15 year old girls have had the cervical cancer vaccine.

Departmental officials speculated that this might be because parents were likely to consult a teenage girl on whether she wanted the jab.

JORDAN coach Adnan Hamad has demanded an apology after claiming he was unfairly detained at Melbourne Airport ahead of his team’s World Cup qualifier against the Socceroos.

Football Federation Australia was forced to defend itself from accusations it had breached FIFA protocol by failing to have a representative meet the foreign team at Tullamarine where Hamad was detained for more than four hours on Wednesday.

The Jordan team, which takes on the Socceroos at Etihad Stadium on Tuesday night, said it was “deeply disappointed” to arrive in Australia under the circumstances.

Hamad told the Herald Sun he was held in a security room for more than four hours without being told why.

”Not one answer. Just ‘we check, we check’. I want to know what happened.”

He said he had no problems entering Australia when coach of the Iraqi team in 2008.

”This is the first time this has ever happened to me,” he said.

”I’m shocked. I’m a professional coach. Everyone around the world knows me.”

Hamad still managed to joke when asked why he thought he was detained.

And he said when Customs quizzed him about what he did in 2004, he responded: ”I told (the security man) in 2004 we beat Australia in the quarter-final in Athens (Olympic Games).”

Jordan has vowed to take the matter further in a statement on its national federation’s website.

Hamad, who held a valid Australian visa, was stopped by immigration officials and questioned despite the rest of his team clearing customs from a New Zealand flight the squad had taken after a short training camp.

Jordan Football Association General-Secretary Khalil Al-Salem said the squad was given no reason for its coach being detained nor an apology.

He also accused the FFA of being bad sports for not greeting his side and vowed to lodge a complaint with the governing body.

“It is not a sporting decision,” he said.

“Australia is a good country and good people and we’re feeling comfortable here but this incident at the airport made us feel very bad.”

He said Jordan players waited outside the airport for two hours for their coach but eventually left without him.

A FFA source confirmed Australia had been ”verballed” by Jordan, who are locked in a battle with Australia for the second automatic qualifying spot in their group for automatic selection for Brazil 2014.

But the FFA released a statement denying it had not met Jordan at the airport, claiming two Australians met the team to assist their arrival.

“FFA regrets any inconvenience caused, but we make the point that the operations of Australian Customs are not a matter over which FFA has control,” said an FFA spokesman,” it said.

“We respect the right of Customs to carry out its lawful duties as it sees fit.”

Members of the Socceroos squad were temporarily delayed on arrival in Jordan earlier in the World Cup qualification process.

SOCCEROO stars have vowed to use Melbourne as their springboard to next year’s World Cup, painting the town green and gold ahead of their must-win match at Etihad Stadium next week.

Players have implored Victorians to fill the stadium and cheer on their team from all corners of the state as they take on Jordan on Tuesday night in the first of two crucial qualifying matches on home soil.

Melbourne-born Mark Bresciano said it was good to be home but was focused on helping book Australia a ticket to Brazil 2014.

“It’s come to the crunch now, we have to win our last two games,” he said.

“I hope we get a lot of support because we will need it.”

After seeing a crowd of more than 60,000 fans cheer on Japan against the Socceroos on Tuesday, defensive midfielder Mark Milligan echoed his teammate’s sentiments.

“It was shown in Japan what playing at home in front of a massive crowd can do,” he said.

“We are very confident coming to Melbourne that everyone is going to turn up in great numbers at Etihad Stadium. It, literally, is an extra leg at times.”

After touching down in Melbourne, Australia’s national team posed for photos with fans then took to the training pitch determined to qualify for its third straight Cup.

Hundreds of Aussie fans flocked to the Lakeside Oval in Albert Park to catch a glimpse of their heroes.

The players signed autographs for half an hour before an open training session.

The biggest cheers came for goal threat Tim Cahill, who must have had a sore wrist by the time he took to the pitch after moving from one side of the stadium to the other for autographs.

The ticket rush for Tuesday night’s match continues with about 30,000 seats already sold, including more than 4000 snapped up on Wednesday in the wake of the team’s brave 1-1 draw with Japan.

Etihad Stadium spokesman Bill Lane said a crowd of 40,000-plus was expected.

Football Federation Australia has requested seating be installed on the wings of the arena, transforming it from an AFL field but reducing capacity.

The Socceroos are guaranteed World Cup entry if they win on Tuesday and again against Iraq in Sydney on June 18. 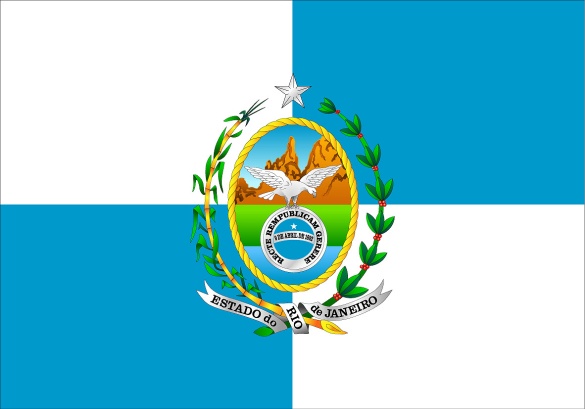