The media have, over the years, been publishing and broadcasting variations of the expression “daylight saving time”.

Many print, online, and broadcast media sources that cover news articles, announcements or features about daylight saving time (DST) often use the phrase “daylight savings” or “daylight savings time”. These phrases are used to describe the possible energy or electricity savings that are made (or not made) as a result of such a schedule.

However, daylight saving time (DST) is considered to be the correct term for the practice of advancing clocks to save energy because it refers to a time for saving daylight. Nonetheless, “daylight savings time” is still commonly used, especially in countries such as Australia, Canada and the United States. Another variation seen in many news reports or articles is “daylight-saving time”, which includes use of the hyphen between “daylight” and “saving”.

DST refers to when clock is usually moved one hour forward in the spring and back in the fall (autumn) in a particular country or place. DST does not add daylight but it gives more usable hours of daylight. In that sense, DST “saves” daylight, especially during the winter months when the days get colder and darker. Standard time refers to time without DST.

The term sommerzeit (summer time) has also been used in Germany to describe DST. For example, on April 6, 1916, the German Federal Council decreed that its summer daylight saving time would be instituted in Germany as a wartime measure, starting the last Sunday of that month. Germany was one of the first countries to observe DST.

People in the state of Tocantins will set their clocks 1 hour forward – from 00:00 to 01:00 local time – along with people in southern, southeastern, and midwestern Brazilian states. This is the first time in 9 years that Tocantins will be observing DST.

DST dates worldwide – second half of 2012

Bahia not to observe DST

Bahia reinstated DST in 2011 after abolishing it in 2003. But fearing violence, the governor of Bahia withdrew his state’s name from the list and people in Bahia will not be moving their clocks forward in 2012.

Daylight Saving Time is controversial in Brazil. Critics of DST argue that not only do changes in the clock negatively affect the human body, but also have an adverse impact on businesses.

Supporters of DST, on the other hand, suggest that observing the time change will reduce energy costs. It is estimated that DST will save the Brazilian government 280 million Reals (137 million USD) in 2012-2013, despite the non-participation of Bahia.

DST ends in Brazil in February 2013

DST in Brazil will end at midnight on Sunday, February 17, 2013 when people in the states observing DST will move their clocks backward by 1 hour.

Update: Some news sources are reporting that following opposition by businesses, the governor of Tocantins is considering withdrawing the state’s name from the list. The change has not been confirmed yet. timeanddate.com is following this news story closely, and will update the DST information about Brazil as soon as a decision is announced. 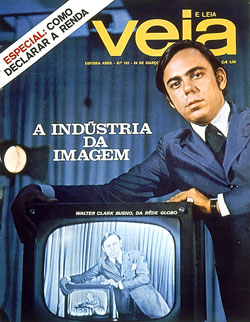